Dave’s Escape Route From The Pit 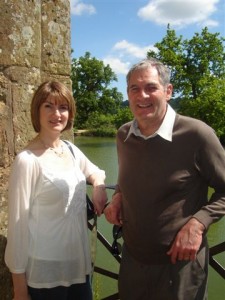 Dave Galvin needs only to contemplate the alternative to temper the disappointment he has sometimes felt about his unfulfilled career at Wolverhampton Wanderers.

The Yorkshire-born defender made only five first-team appearances for the club – all of them in away games and all of them defeats.

But even this frustrating start to his long career in the game knocked spots off the other life that appeared to be mapped out for him.

“I was working down the pit at the time I joined Wolves,” he said. “I was an apprentice electrician and, when I resigned to go into football, they told me I’d have two years in the game and then I’d be looking to run a pub.

“Well, I had well over a decade and a half in it including a spell in non-League, so it proved a very good move.

“It would have been nice to have had more of a chance at Wolves but I only have to think of the other route my life might have taken to make me feel grateful for how it all worked out in the end. Two of my brothers worked down the pit and I’m sure I would have been with them.”

Galvin is one of the many lads who headed to Molineux from the famous South Yorkshire nursery club Wath Wanderers, his arrival soon after the departure of Stan Cullis at the age of 18 pitching him into competition with the likes of Dave Woodfield and John Holsgrove.

He made a host of Central League appearances for the club and became known as the stalwart of the side – good reason for him to acquire considerable captaincy experience with the second string.

First-team opportunity finally knocked with a quintet of outings in Bill McGarry’s side at the end of 1968-69, starting with a heavy defeat at Stoke.

But it wasn’t long before the manager packed him off to play for one of his own former Stoke team-mates, Basil Hayward, by then the manager of Gillingham.

Galvin initially went on loan and then permanently, playing around 300 games for the Kent club before spending two years at Wimbledon and two more as player-boss of Gravesend and Northfleet around the start of the 1980s.

“We’ve stayed down in the Gillingham area ever since I started playing here,” added the 62-year-old, who married a Wolverhampton girl. 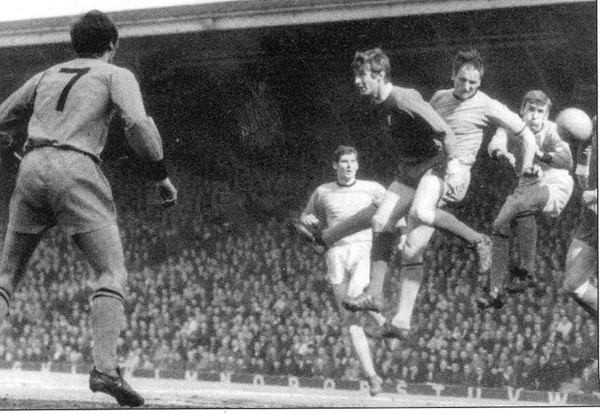 Galvin (centre) in action for Wolves at Liverpool in April, 1969. The no 7 is John Farrington.

“Towards the end of my playing career, I used to spend a lot of afternoons teaching games and swimming in South London schools but I have been in insurance and mortgages for the last 25 or 30 years.

“I nearly went into teaching full-time at one point and also had an invitation to do some coaching in America but we had a young family and didn’t want to mess them about.”

Galvin has been involved in a challenge of a different kind since a bowel operation late last year revealed a cancerous growth. He is now at the end of six months’ chemotherapy and is due to step up again to full-time work very shortly.