All Stars Up Against Ex-Baggies 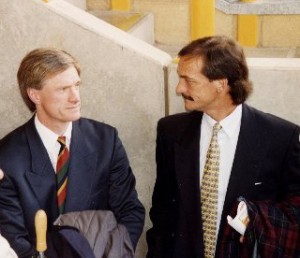 Former Wolves players go up against several ex-Albion men at Telford on Sunday in a game in aid of The Prince’s Trust.

The game kicks off at 2.30pm but is preceded by a programme of other events starting at noon and continuing at 12.15 with a match between Wolves under-14s and their Telford counterparts.

Other attractions include fun stalls, a raffle and appearances by hip-hop group DNA, the Pedmore Panthers cheerleaders, Telford’s Got Talent winner Daniel Crossley and Telford United’s players, the latter showing off the Setanta Shield.

Wolves fans can now keep a closer check on the All Stars by logging on to the new www.clubwebsite.co.uk/wolvesallstars website.