Room With A (Downwards) View 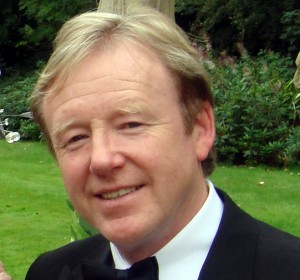 A recent picture of Alan Ainscow, in all his finery!

Alan Ainscow realised just how low Wolves had sunk when they arrived on the south coast for their vital clash with Brighton a week before the end of their 1984-85 Second Division season.

Despite a 4-0 cave-in against Fulham the week before, the club still had a chance of avoiding the drop – but the players might not have guessed it as they checked in at their overnight accommodation at the start of May Bank Holiday weekend.

“We had been told we were going overnight because it was such a big game and we drove past all these lovely hotels on the sea front,” Ainscow recalls.

“Then we disappeared up one of the back streets and realised we were staying in a guest house. It was just a B & B.

“The first room we saw contained a double bed and a single, so you can guess what sort of a scramble there was to get the single beds!”

Wolves lost 5-1 at the Goldstone Ground – for so long an unhappy destination for them – and finished bottom, although Ainscow ended the worst home run in their history (a sequence of 11 defeats and four draws in 15 League and cup matches at Molineux) by hitting the winner against Huddersfield a week later.

The Bolton-born midfielder has better reason than most to remember that season. At least he ended it with a clutch of supporters’ Player of the Year trophies after he and Tony Evans had headed the club’s goal charts with six apiece.

“Doing ok individually masks some of the disappointment but it was a tough time,” he adds. “The ground was dropping to bits and there wasn’t enough quality in the side.

“I was picked up after coming back from playing in Hong Kong and commuted from where we still live in Ormskirk, changing trains to Liverpool.

“Then Andy King signed as well, so we used to share a lift but the price of petrol soared and I asked Wolves for a rise after doing pretty well in my first season.

“I was told there was nothing available and I went on a week-to-week contract. I still played most of the games but don’t think Sammy Chapman fancied me and he gave me a week’s notice after taking over from Bill McGarry.”

Ainscow, now 56 and making a living by delivering fruit and veg to hotels, restaurants and old people’s homes in the Southport area, had a colourful career before and after a Molineux stay of 65 appearances and six goals.

He won the Anglo Italian Cup with his first club, Blackpool, playing in a winning team in the final in Bologna as a youngster and being part of the Seasiders’ run to the final of the same competition 12 months later.

At the end of the decade, he won promotion and relegation with Birmingham, then had two years at Everton being enjoying a similar spell at Blackburn following his Wolves departure. 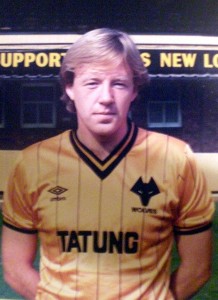 “While I was at Ewood Park, we won the Full Members Cup in 1987 and twice reached the Second Division play-offs before losing to Crystal Palace and Chelsea,” he added.

“I suppose I was lucky to play on as long as I did because I went to Rochdale then and into non-League football for two or three years with Horwich, Atherton Colleries and Flint Town.”

Ainscow has squeezed in some coaching at both Blackburn and Preston in a post-playing career that has also included managing a newsagents’ for three years and delivering post for 18 months.