Heroes Site Is One This Weekend! 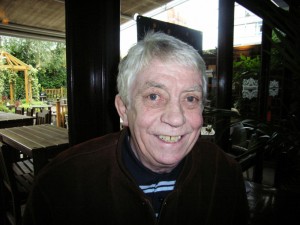 Wolves Heroes is a year old this Saturday – and is welcoming ideas from readers for ideas for our second year in cyberspace.

The site was launched on August 1, 2008, with news items on the likes of Dave Wagstaffe, Paul Blades, Phil Parkes and Michael Gilkes, as well as a long interview with Hugh McIlmoyle, an obituary of Mark Kendall and a focus on the club’s pre-season tour of Denmark and Sweden under Graham Taylor in 1994.

Our Legends section, dedicated to the men who have played 20 games or more for Wolverhampton Wanderers, was unveiled at the same time, along with a Picture Archive area.

We’ve since added stories at the rate of around four a week, bringing supporters up to date with what around 120 favourites have been up to since leaving Molineux.

Among the forgotten heroes we have been delighted to track down after weeks of trying are Danny Hegan, Hugh Curran, Alun Evans and Dave Woodfield, not forgetting lesser lights such as John Farley, Paul Walker, Dick Le Flem and John Farrington. And we’ve chased Neil Emblen, Darren Bazeley and Bobby Gould to New Zealand, Les Wilson to Canada and Dave Clements to the United States.

We remain committed, though, to reaching yet more stars of bygone ages and are open to suggestions from fans as to who they would like to see interviewed.

Rest assured, our list of targets is still substantial but, as ever, help in reaching the more elusive characters would be appreciated – on condition that the men in question are happy to be contacted by us.

We will also soon be adding to our Tours Are Us and Books sections and will be downloading more pictures into the Archive area.

But please feel free to offer any ideas on how you would like to see our site evolve. Are we missing a trick? Is there a new area you would like us to consider introducing?

From our first few days in being, we realised we were serving a niche area in the market by delivering a quality Wolves nostalgia product and thank you again for the countless messages of support, help and encouragement that we have received.

Please continue to e-mail us with your thoughts – and here’s to a great second year at www.wolvesheroes.com 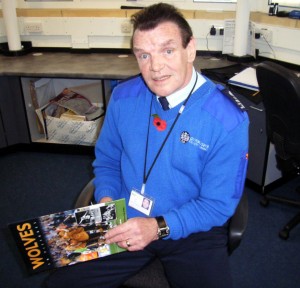 Hughie Curran.....traced by us in Oxfordshire.