Matthews An Inspiration To McCarthy’s Wolves 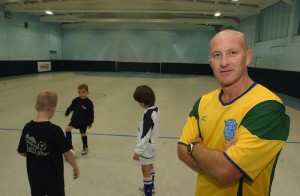 Mick Matthews at work on Humberside after returning from his position of assistant manager to St Vincent and Grenadines. Picture courtesy of Hull Daily Mail.

Mick Matthews is sitting on a 28-year record as the last man to have given Wolves an opening-day top-flight victory.

The former midfielder scored the only goal of the game against champions-to-be Liverpool at Molineux in August, 1981, but football has by no means been his only concern in the decades since. A look at his CV confirms that…..

Among his subsequent postings as a sports therapist have been seven years with Great Britain’s under-18 ice hockey team and he includes skiing, triathlons and cycling among his interests.

It’s all a far cry from his life as a youngster with Wolves in the late 1970s and early 1980s – a grooming that led him to make 83 first-team appearances for the club.

Hull-born Matthews, now 48, scored twice in Wolves’ 4-3 Second Division win at Crystal Palace in 1982-83 but even that feat was dwarfed by the effort that did for Bruce Grobbelaar, Alan Hansen and Co in front of Molineux’s North Bank 15 months earlier.

“I’d like to say it was a stunning Andy Gray-type header but I have to confess it looped in over Bruce,” he said.

“I was playing on the left but came in off the wing to get on the end of a cross by Alan Birch. What made it more special was that it was only my second game in the side after I’d faced Everton in the last match of the previous season.

“The goal gave us a great start, although sadly we weren’t able to build on it.”

Never since have Wolves won on the opening day of a top-flight season, although they led Liverpool again during the same weekend two years later before being pegged back in a 1-1 draw.

In that latter season, the player made only four appearances compared with 44 in their Second Division promotion campaign 12 months earlier and drifted to Scunthorpe at the start of a trail that took him to North Ferriby United, Halifax twice, Scarborough twice, Stockport, Hull and Hong Kong.

He quit League football in 1993 with no fewer than 434 matches behind him but put his acquired knowledge to equally good use off the field. 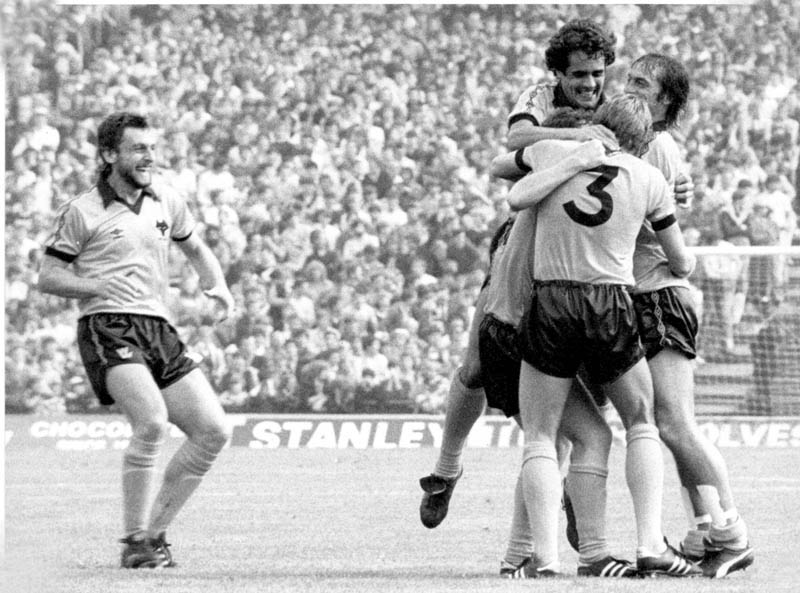 Matthews is mobbed by Raphael Villazan, no 3 Derek Parkin and Kenny Hibbitt after his goal stunned Liverpool 28 years ago.

After starting work as a sports therapist at Hull Medical Centre in 1996, he developed his coaching skills and is now a course tutor and assessor for various UEFA awards.

He has also had full-time appointments with football clubs or teams near and far.

As well as a five-season stint with Hull City, there was an interesting assignment in the Caribbean as therapist and assistant coach to the St Vincent and Grenadines football team in their qualifying campaign in the 2006 World Cup.