Draw Of Danny Was Too Strong 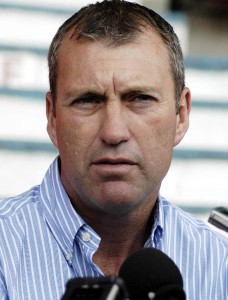 Peter Shirtliff, having helped Barnsley beat Wolves to a top-flight place in 1997, now hopes Molineux fans will forgive him plotting more possible disappointment for them.

The composed former central defender has this season turned up at Swindon and will be back on familiar ground on Tuesday for the Carling Cup visit to Mick McCarthy’s team.

Shirtliff is assistant to County Ground boss Danny Wilson, a long-time friend and work-mate of his, having jumped ship in the close season to be reunited with him.

“Danny was my manager when I went to Barnsley as a player from Wolves in the mid-1990s but, before that, we played alongside each other at Sheffield Wednesday,” the 48-year-old said.

“We get on well and I was keen to work with him again when he asked me in the summer. I went down to Swindon for a look round and decided it was a good proposition, although the only previous time I’ve headed this far south was when I spent three years with Charlton.

“Danny kept Swindon up and got them into mid-table after taking over in the middle of last season and we’re obviously hoping to push on from that this time.”

Shirtliff quit after two years in a similar role at Tranmere to move to Wiltshire, he and his wife subsequently renting a property in Marlborough while keeping Lytham St Anne’s – her home ‘patch’ – as their main base house-wise.

And he will be hoping to bring about some stability at a club who have already had more than a dozen managers in the 21st century, including Andy King twice and another former Wolves man, Adrian Williams, as caretaker.

Shirtliff himself had 15 months of managerial experience in charge at Mansfield and is looking forward to returning to Molineux.

“I had a couple of good years there,” he added. “I enjoyed playing for those fans and just wish we could have got over the finishing line in the promotion race.

“I suppose the game that cost us (in 1994-95) was the home leg of the play-off semi-final against Bolton, when Peter Shilton played brilliantly. But we had so many chances……we should have scored more goals.

“I know Barnsley edged Wolves out of the promotion places in 1996-97 but I’d say it was about 50-50 in terms of wins in the games I was involved for them against Wolves. 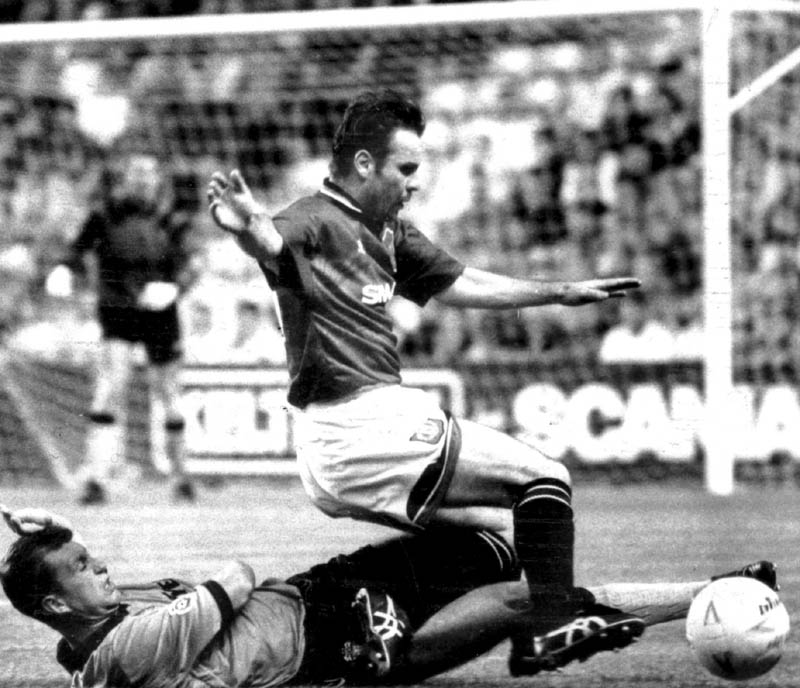 Shirtliff tangles with Manchester United's Brian McClair in a Molineux friendly more than a decade and a half ago.

“This is a good tie for us. We don’t really have much to lose against a Premier League club and hopefully there will be a decent crowd.”

Shirtliff, who played 85 senior games for Wolves after being bought by Graham Turner from Sheffield Wednesday, is probably unaware of the League Cup history between the two clubs.