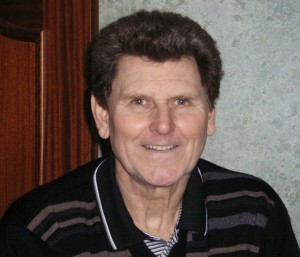 There’s a numbness today among Wolves fans and players of a certain generation.

In Bobby Thomson, they saw a man who looked like he would live to be 100 but who has been taken away at the age of 65.

He was a tremendous athlete, quick, upright and poised, and described by Phil Parkes as a Peter Pan figure. “Never put on weight and barely had a grey hair,” the keeper said.

The disbelief among his contemporaries came from the fact that they envied him his good looks and the sky-high fitness levels that saw to it that he coached youngsters up to the last few weeks and even played once or twice in recent years.

What only a few of them knew was that ‘Chippy’ had been suffering from prostate cancer. He won one battle against the disease in 2008 – the year in which he took several months off work following the fitting of a new left knee – but not the next one.

John Holsgrove has expressed his utter sorrow and exchanged emails across the Atlantic with Les Wilson, for whom this is another blow on top of the loss of his father several days ago.

“Only the pair of us left of the tea set now,” was one of the sentiments expressed, the two last having met at Derek Dougan’s funeral two summers ago.

Wherever Wolves travelled in the country or indeed across the world, Thomson, Doog, Holsgrove and Wilson achieved a certain status among their late 1960s team-mates by ordering tea for four within minutes of checking in at hotels and airports. Silver service, best china and debate was more their thing than playing cards.

“I was in it at the start as well but then started disappearing to health food shops instead,” said David Burnside. “It looks like I’m going to have to make a comeback now to get the numbers back up.

“I best remember the tea set from round the pool of our hotel in Los Angeles on the tour of 1967 but it could equally have been while we were waiting for a plane or train – and often there would be a visit up to a cafe in Wolverhampton town centre after training as well.

“I can’t believe this awful news. Bobby looked the fittest of us all when we last met. He hardly looked a day older than when he was playing.” 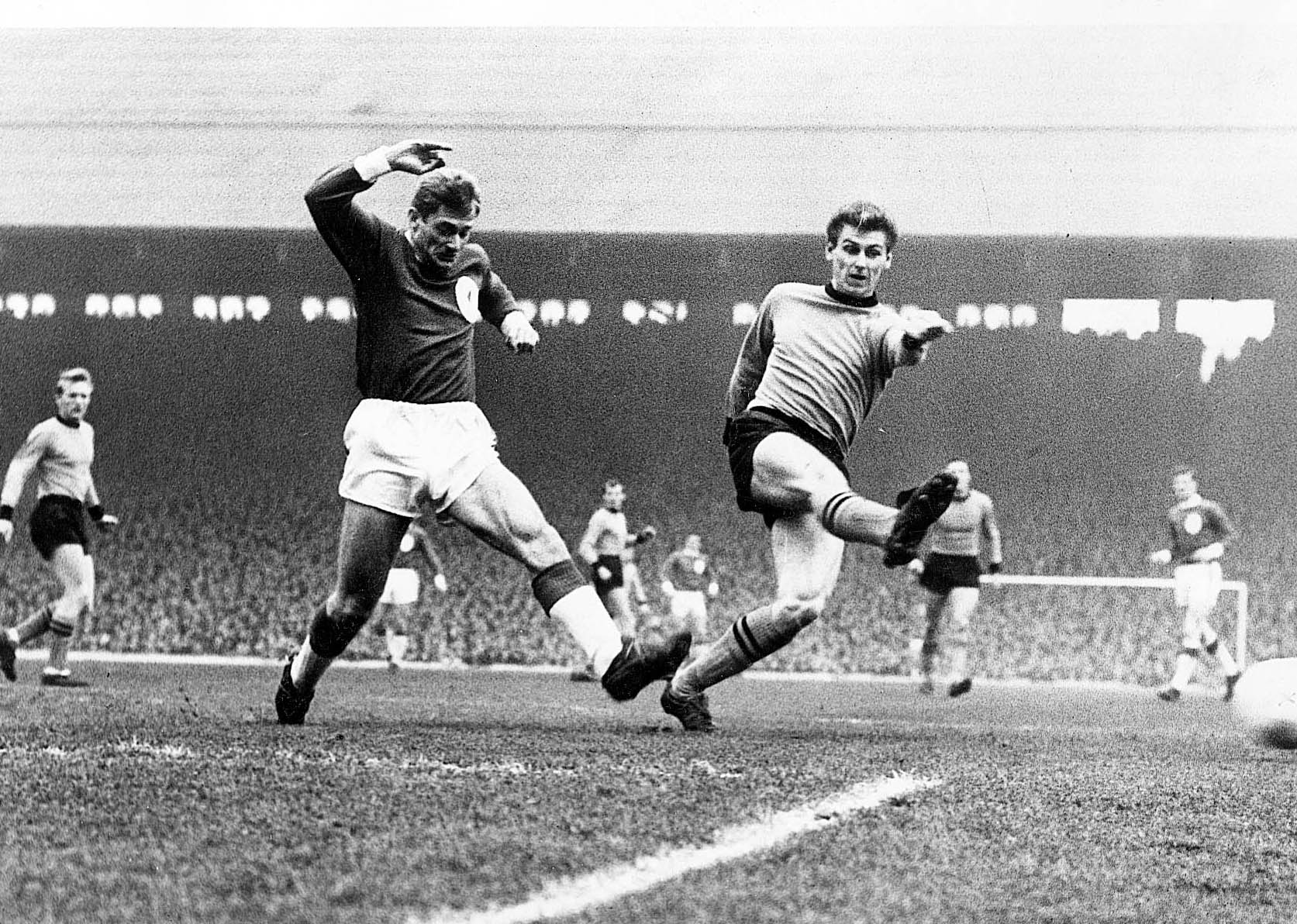 'Chippy' sweeps the ball away from Roger Hunt at Anfield in February, 1965.

I had an hour or so at the Thomsons in Sedgley in January and found him in fine form and apparently fine health.

He was proud of the fact that his grandchildren were regulars with him at Wolves home matches and pointed out that he often sat near Dave Wagstaffe and Willie Carr.

A couple of years prior to that, I had interviewed him for the Official History of Wolverhampton Wanderers dvd, on which he is shown with a smile on his face as he recalls how Stan Cullis once told him after a game at Arsenal that his wife could tackle harder than he could.

The self-deprecation typifies Wolves players of that era. Bobby Thomson was actually a masterful full-back and the ultimate team player.

It’s no accident that he played 300 first-team matches for a club who admittedly were in decline when he made his debut in 1962 but still possessed an abundance of internationals like Broadbent, Flowers, Hinton, Crawford, Bailey, Dougan, Munro, Wignall and Curran.

Nor is it any coincidence that he himself won eight England caps, the first an 8-3 win in 1963 as replacement for the injured Ray Wilson at home to Northern Ireland, Alf Ramsey telling him in good time that he was playing and politely requesting that he kept the information ‘under his hat.’

Bobby roomed with Ron Flowers on that occasion and once shook hands with him before an England v Young England match at Highbury in which the two were respective captains. 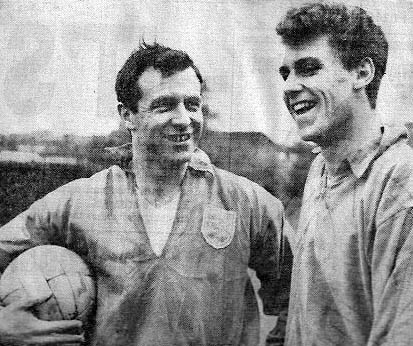 His other outings with the seniors included a 10-0 victory over the USA in New York and games against Portugal and Argentina in Brazil on the same tour of the Americas.

With Wolves, his pace making him one of the country’s first overlapping full-backs, he was rarely displaced once blooded against Albion in the FA Cup and Tottenham a week later in the First Division.

He was a lovely man and it’s hard to accept he has gone.