Ireland: A Myth Laid To Rest! 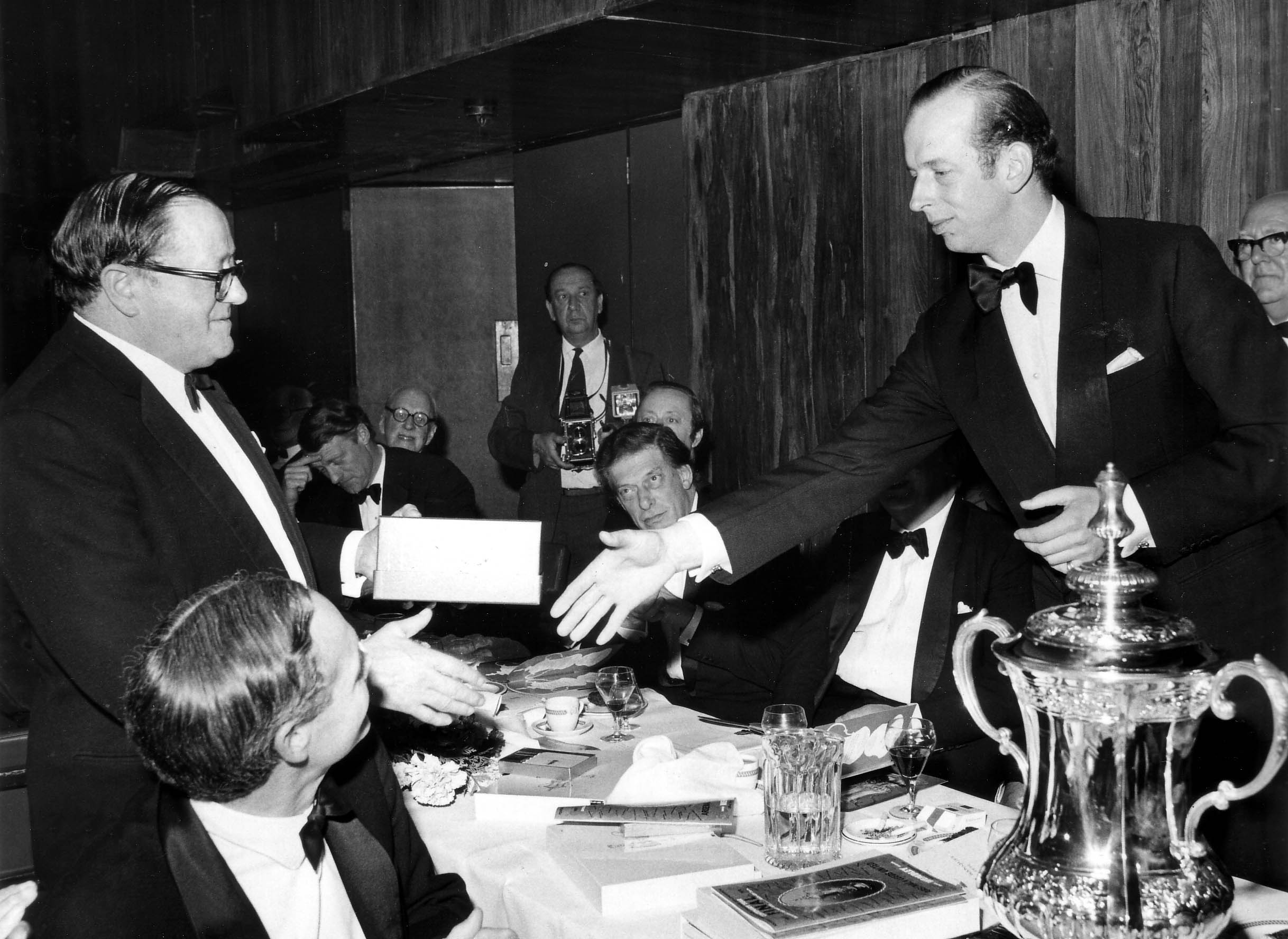 A meeting with royalty for John Ireland (with glasses) in the early 1970s.

John Ireland’s eye for a photo opportunity has been a subject of amusement among Wolves players for decades.

Rarely a get-together goes by without one of them recalling how the late and popular former Wolves chairman would turn up on trips with a camera around his neck and click away endlessly.

“The strange thing, though, is that we never ever saw any of the pictures he took,” says Dave Wagstaffe. “The joke among the lads is that he must always have forgotten to put a film in!”

Waggy even raised the subject in the excellent autobiography he had published last year, saying: “We saw him point it (his camera) at hundreds of different scenes and objects but none of us ever saw the end product.” The left-winger may soon be forced to revise his opinion, though.

We at Wolves Heroes have been busy these last few weeks checking out the players’ theory and can reveal that Mr Ireland’s camera was properly loaded – on two memorable trips in the 1960s at least.

We have just been given access to several dozen pictures he took both on the tour of the USA and Canada in 1963 and on the adventure to the Caribbean the following year and will be posting some of them as proof on this site in the near future.

So there’s the answer: He took slides that required a projector and screen, rather than photos that could be passed around!

John Richards, Derek Dougan, Steve Daley and Willie Carr are four of the big names from Ireland’s years in the Molineux chair who have spoken affectionately of him in recent seasons. 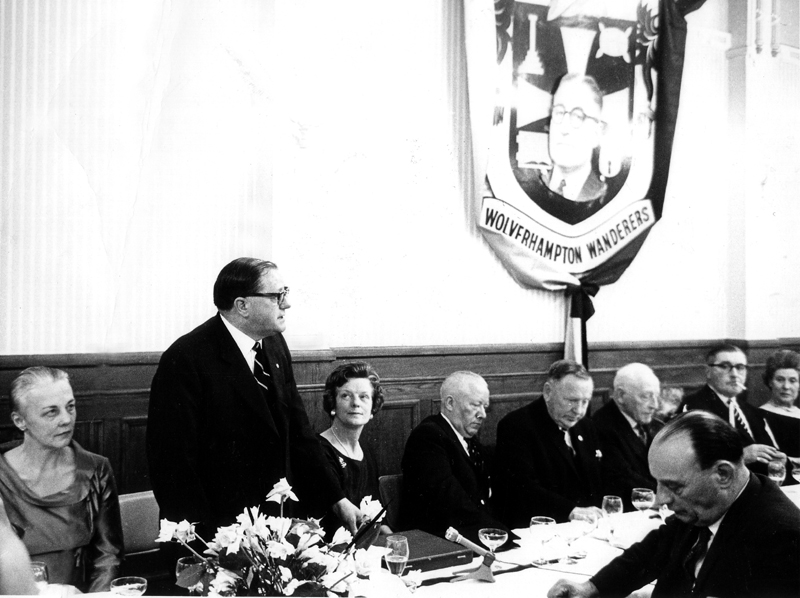 Ireland on his feet at a dinner to celebrate the long Molineux service of former secretary Jack Howley (on the right, with cigarette).

And Wolves Heroes are happy to play a part in keeping in the public eye a man whose name adorned one of the stands at Molineux for more than two decades until Steve Bull was honoured on the same structure in 2003.

“He would not go to bed without a rendition of Molly Malone, to which we all sang along,” he wrote in Waggy’s Tales. “