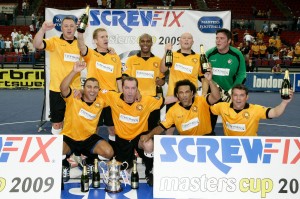 Wolves will again be leaning on stand-in keeper Andy de Bont for their defence of the Screwfix Masters football title in Liverpool this weekend.

The former Molineux reserve was called upon as a late replacement for the Midlands tournament at the NIA in June and was outstanding as Wolves emerged victorious from a group also containing Albion, Birmingham and a star-studded Aston Villa.

Now he wins the nod for the grand finals at the Echo Arena on Sunday (7pm), although other more prominent names are also available this time.

It means they are unchanged from the squad who brought Villa down against the odds in the Midlands final two and a half months ago.

“We’re very much going there to try to win again,” Gooding said. “We were unlucky the year Leicester beat us in the final after we led with a minute or so left and we know they will be tough. But we aim to make it tough for them as well.”

If the defending champions overcome the 2006 and 2007 winners, they will face a semi-final tie against the winners of the Celtic v Tranmere clash. 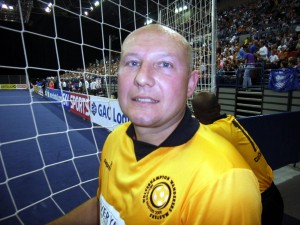 Scott Taylor.....made 34 senior Wolves appearances after joining them a decade ago.

The other four teams to have qualified for the trip to Liverpool are Barnsley, Bolton, Middlesbrough and QPR.

Former Wolves men in action for other sides in the fast and furious action of finals night are Andy Sinton (QPR) and the one-time loan duo of Simon Coleman (Middlesbrough) and Maurice Doyle (QPR).

Sunday’s action is again being screened live on Sky Sports but tickets are available from http://www.echoarena.com/whats_on/masters_final.asp for those wishing to attend.