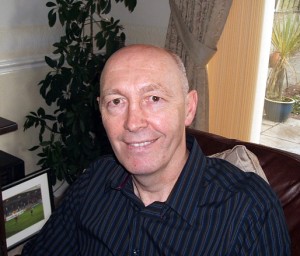 Norman Bell will be reintroducing an exiled Wulfrunian to the gold and black cause tomorrow after securing a ‘pass out’ for the Premier League meeting of his two former clubs.

The 53-year-old had been concerned that family visitors from New Zealand would scupper his plans to catch up with the fortunes of Blackburn and Wolves at Ewood Park.

But all has worked out well and he’s even on the microphone before kick-off in one of the corporate areas to offer some views and memories.

“My wife’s brother and his family are over to stay from Auckland and I thought I wouldn’t be able to go,” Bell said today.

“Then Peter said he was keen to go as well, so we’ll be there with another friend and I’ll be doing a little bit of work in the Premier Lounge for good measure.

“My brother-in-law is from Wolverhampton originally and still has his West Midlands accent, although it’s nearly 40 years since he and his wife moved to New Zealand.

“I think the last time he might have seen Wolves was in the early 1980s when I played against Brighton.”

Bell, who netted 24 times for the club in exactly 100 games from 1977 to 1981 before moving to Blackburn, has spent the last seven years working with young offenders for Blackburn Council.

And, as a member of Rovers’ former players association, he’s relishing the chance to mingle with football friends before seeing the only two professional clubs he played for. 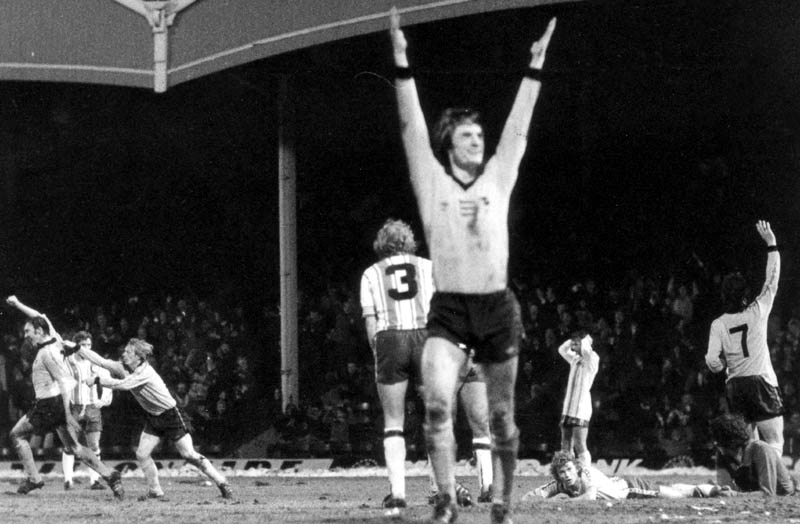 Bell (far left) celebrates his goal in Wolves' victory over Southampton in January, 1979. The keeper is Terry Gennoe, later to become a friend of his at Blackburn.

“I usually watch our son Andrew playing for Fleetwood Town in the Blue Square North but he’s out after a knee operation at the moment,” Norman added.

“That has left me free for a trip to Ewood, which is something I don’t manage as often as I’d like.

“I’m still very keen on the two clubs I played for and want to see them both do well. I guess that with Wolves just up and maybe needing the points more, I’ll be wanting them to win.”