Good Times Recalled In An ‘E-Card’ From Sydney 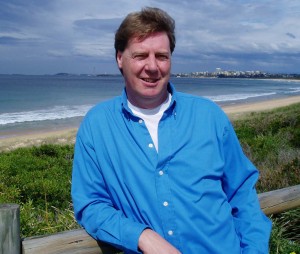 Mick Hollifield at a scenic look-out two minutes from his home.

First things first: Mick Hollifield is alive and well and living in Australia.

There was a nasty rumour a year or two back that the first part of that statement was deeply flawed as a result of a road accident but the photograph that has stood in the welcome area of this website for the last few days is proof that he’s still very much around.

“It’s true that I did have some misfortune,” the former Wolves defender says of an incident that occurred a decade ago. “I was hit by a car while crossing the road.

“I damaged my legs quite badly and was in a wheelchair for three months. I had to stop playing football at the age of 38 for my local team but have made an excellent recovery.

“I’m really grateful to be able to tell the tale, as it might have been such a different outcome.”

Hollifield played 25 games in Wolves’ first team, all in the early 1980s, before spending two years at Hull, one at Tranmere and a few months with Northern League Crook Town in his native north-east.

Then came the phone call that changed his life.

“Out of the blue, a guy called John Fleming, who used to be at Lincoln and was coach of Wollongong City in the Australian National League, rang me,” he added.

“Wollongong is about 50 miles south of Sydney and I came out here in March, 1987, to play. Things went well and I’m still living there.

“Mick Matthews, John Humphrey, Hughie Atkinson and Craig Moss had all attended the wedding when I got married to Paula, who I went to school with in Stockton-on-Tees, and we’re still together.

“Neil, now 27, was born in New Cross and Tegan arrived when we were in Wollongong. We live in a great part of the world but I miss my family and mates terribly.

“It’s a choice we made to live here and we just get on with it and enjoy it while we can.”

The 48-year-old is a manager for a large cleaning company in Wollongong, where he had Danny Crainie as a team-mate on the field but Mick Matthews is the only one of his ex-Molineux pals he has stayed in touch with.

“Matty has been out here a few times and we all used to get on pretty well together,” he added. “My great memories of Wolves are obviously my debut at Spurs in November, 1980, when we drew 2-2, and a 0-0 draw at Old Trafford with a young side a few days later.

“Also in that season, I played in a 1-1 draw at Highbury and when we smacked Liverpool 4-1 at Molineux – and I mean smacked! That was memorable.

“Even Liverpool’s reserves were untouchable in those days and I remember going to Anfield to play them, probably in 1979, when Brian Garvey was coach and John Barnwell and Richie Barker came to watch because they had just taken over at the club. 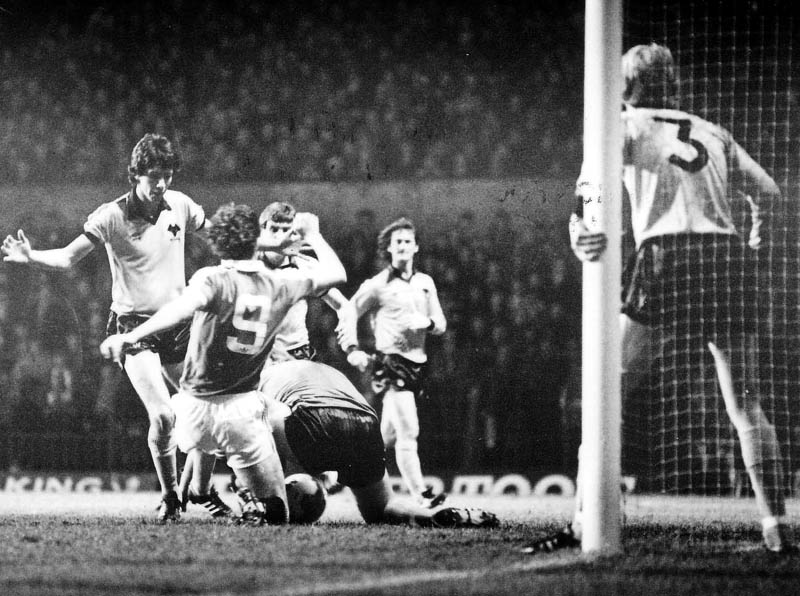 Hollifield guards the line as Colin Brazier and Paul Bradshaw come to the rescue in the draw at Manchester United in November, 1980.

“I played left side of midfield and set up one of the goals in a 2-0 win for my best mate Matty. Then I scored a screamer from about 40 yards that flew past Steve Ogrizovic into the top corner at the Kop end.

“My biggest disappointment, apart from injuries, was probably not doing justice to myself. Maybe I would have done if I hadn’t had the injuries.

“But I have fantastic memories of a great club and just wish it could have lasted longer.”