Home With A Host Of Happy Memories 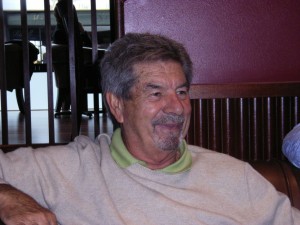 Des Horne admits he will be sorry when he packs his bags and says farewell to Wolverhampton by returning to his native South Africa early next week.

The 1960 FA Cup winner has spent around three weeks in the UK, not only meeting the 13-year-old granddaughter he had never seen but also catching up with old team-mates on whom he hadn’t clapped eyes in decades.

He is paying another visit to Molineux for tomorrow’s Premier League clash with Portsmouth and said: “I have been so well looked after by everyone.

“It has been lovely having a fuss made of me. I was mobbed by autograph hunters, which was totally unexpected, when I arrived at the Wolves v Fulham game the other Sunday and the club have made me very much at home.

“I was taken to see their fabulous training ground on Thursday and had a look round Molineux as well the day after the Fulham match.

“I’m sorry to be leaving and I don’t know when I will be back in England but it’s 50 years in 2010 since we won the FA Cup and I hear there’s talk that a reunion might be planned around that.

“It would be wonderful if I thought I could get back here for that.”

Horne, a left-winger now approaching his 70th birthday, made one of the goals in the 3-0 Wembley win over Blackburn and is irritated by continuing suggestions that the tackle by Norman Deeley that left Blackburn defender Dave Whelan with a broken leg was anything other than an accident.

“Norman wouldn’t hurt a fly,” he added. “Although I was on the other side of the pitch at the time, I remember there was no reaction from the Blackburn players.

“It was just one of those sad things that can happen.” 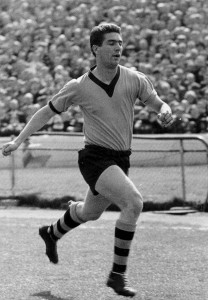 The Durban-born player, who was also featured by Wolves Heroes 13 days ago, admits that FA Cup final glory was seen as a bigger thrill in those days than winning the League title – something Stan Cullis’s side narrowly missed out on in the same week.

“I couldn’t believe I was at Wembley. Although we didn’t have TV back in South Africa, I’d remembered seeing a couple of finals after I came to England and I was very nervous before kick-off.

“Joe Gardiner could see how quiet I was and just told me I’d be fine once I’d had my first touch and done something good. So I beat the full-back, put a shot just wide and that was it, I was fine.”