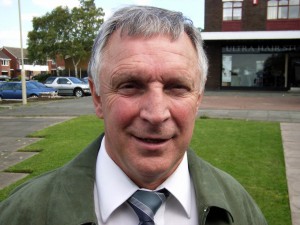 Gerry Taylor wasn’t surprised when Wolves waited patiently for the signature of Willie Carr – and eventually splashed out on the Coventry midfielder in March, 1975.

He remembers the Scottish midfielder, whose Molineux arrival was held up by worries over his medical, as a man who commanded the highest level of attention from manager Bill McGarry.

“It seems that all clubs target players in the opposition side who will cause them most problems,” Taylor said.

“I recall Mike O’Grady saying that Don Revie regarded Dave Wagstaffe as the player Leeds needed to stop when they were facing Wolves.

“In Bill McGarry’s case, I remember Les Wilson or myself being asked to do man-marking jobs on George Best or Bobby Charlton when we were playing Manchester United but he was also very conscious of Willie at Coventry.

“He wanted him snuffed out of matches if at all possible, so he put one of us specifically on him.

“If it was you doing the job, it meant you always had your hands full. You could probably match these guys for fitness but they had so much individual ability that you could never switch off.”

By the time Carr signed at Molineux in time for a goal-scoring debut in a stunning 7-1 home victory over Chelsea, Taylor was nearing the end of his own decade of service to the club.

The dependable full-back played 192 times in Wolves’ first team and well over 200 games in the reserves, so he had to be patient for opportunities as he competed with the likes of Bobby Thomson, Joe Wilson, Derek Parkin and Bernard Shaw for a place.

Geoff Palmer and Bob McNab also appeared on the scene late in his stay but well after a game at Southampton that provided a personal milestone.

“That day brought me the only goal I ever scored in senior football,” he added. “I wasn’t an attacking full-back like Paul Reaney or a penalty-taker like Derek Parkin, who was one of Wolves’ best-ever signings, so I didn’t get that many chances. 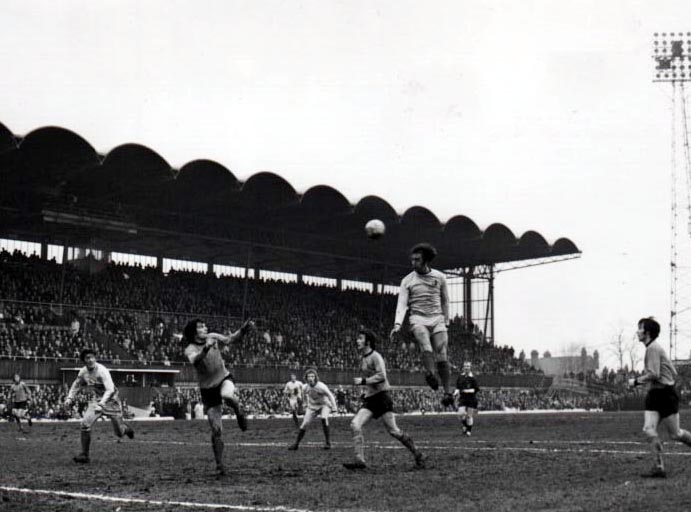 There's Carr in the middle - so why's Gerry Taylor to the right! Wolves under pressure from a Chris Chilton header at Coventry in 1971-72.

“But I did nearly score away to Ferencvaros in the UEFA Cup semi-final and got lucky at Southampton in 1971-72 when we won 2-1.

“I crossed from the left and the ball sailed in, without anyone getting a touch, as the keeper misjudged it.

“I was presented with a bottle of whisky afterwards by the London Wolves supporters as the scorer of the first goal – or winning goal. There was no chance of having a drink on the coach with Bill around, so it was stored away for much later.”