Keeper Who Was Happy To Pitch In 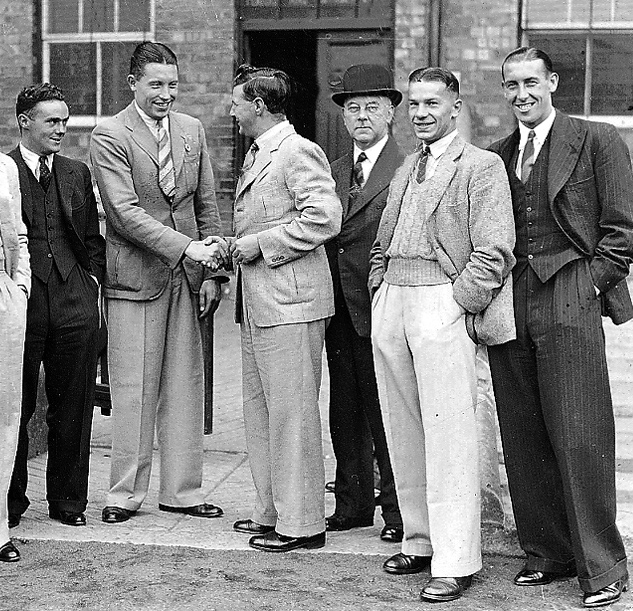 Alex Scott, one in from the left, on his signing day at Wolves in 1936.

Earlier this autumn, we launched the new feature that replaced the monthly look we took at Molineux Milestones. In our second Way Back When article, we spotlight a Wolves hero who led a life that was different in many ways.

Cricketing footballers – and vice-versa – are not unheard-of. But naming a man who played League football and represented his country at baseball is a more challenging proposition altogether.

In the giant Alex Scott, though, Wolverhampton Wanderers possessed just such a rare sporting hybrid.

The Liverpool-born last line of defence in the Wolves side who finished runners-up in both the League and FA Cup in 1938-39 put his hands to different use as a pitcher in a game now almost totally associated with the other side of the Atlantic.

“Baseball was quite a big thing in the north of England before the war, I assume because of the number of American servicemen over here,” said Scott’s Wolverhampton-based son Bob.

“My dad lived up there until well into his 20s because he was on Liverpool’s books and then played 60 matches or so for Burnley before coming to Wolves in February, 1936.

“But he played a dozen baseball internationals, all in the UK, and was a pitcher because of his size and strength. Sports teams travelled nothing like as much in those days – in fact the only time I think he played abroad in a representative team other than Wolves was when he played for an all-British XI in a football match in Hungary. But he was a bit of an all-rounder.”

Scott and his team-mates, having finished as First Division runners-up in 1937-38, could well have been the first side in the 20th century to win the coveted League and Cup double, only to be pipped by Everton in the last title race before the Second World War and then to suffer a shock 4-1 defeat against Portsmouth in the FA Cup final.

The 6ft 4in, 15st keeper missed only four games out of 84 in the League in the final two seasons before the hostilities and played 130 competitive matches for the club in all, plus almost 70 wartime fixtures.

He also represented England Schoolboys and the Football League, and guested for Aston Villa and Stockport before joining Crewe in 1947.

“The only memory I have of him as a footballer was when I was a little kid and he was at Crewe and he would leave the house carrying a brown case with his belongings, ready for a match day,” Scott Jnr added.

“He used to catch the train up there – players weren’t put up in hotels in those days. 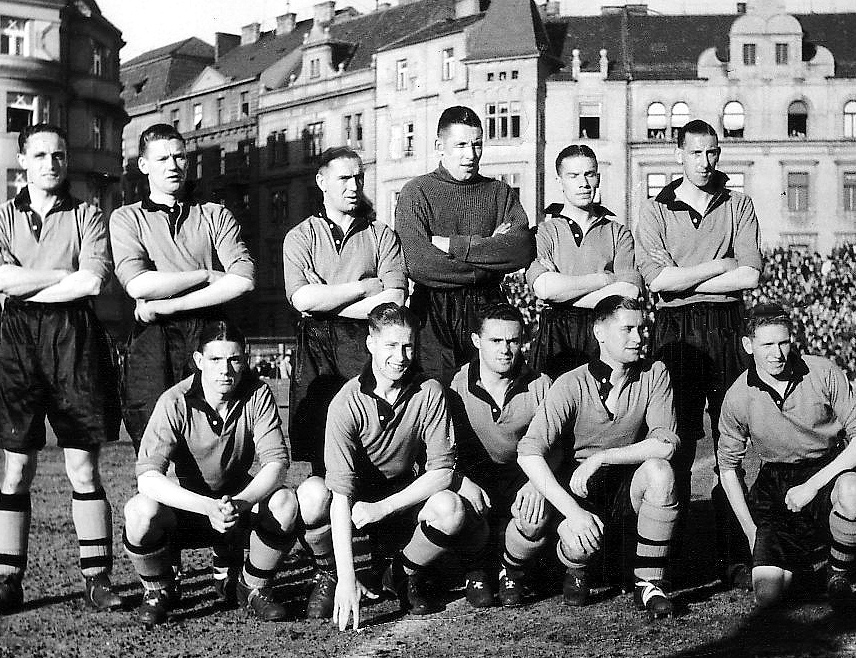 Scott on goalkeeper duty with Wolves in Prague on a pre-war tour of Europe.

“By then, he was doing other things as well. In the war, he became a special constable and later ran a greengrocer store in Whitmore Reans, then in about 1963 he became the sales manager of the wholesale division of a bakery in Dudley and loved it.

“He subsequently moved on from football and didn’t look back a lot, so much so that I had to buy a programme of the 1939 FA Cup final at an auction and I was also glad to eventually pick up some Pathe film of the game.”

The keeper died suddenly on holiday in Jersey in 1973.