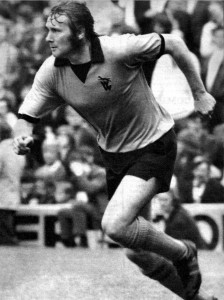 Dave Wagstaffe has indulged in his own English autumn version of ‘Desert Island’ – and Wolves fans have a second chance tomorrow to hear the results.

Waggy was in the chair at 101.8 Wolverhampton Community Radio FM recently to record Inside Tracks, a one-hour programme on which guests are invited to name and introduce ten songs or pieces of music special to them.

The show went out last Thursday but is being repeated at 9am on Wednesday, October 21, with the feed available live via the Internet (www.wcrfm.com) for those who live outside the WCR area. On-line listeners should click on the ‘listen live’ button near the top right of the home page to tune in.

There was a distinct 1960s feel to the selection of the former Molineux left-winger, who had a Beatles track in his ‘top ten,’ along with the later John Lennon classic ‘Imagine.’

He paid homage to his old Mancunian pal Davy Jones by also including ‘Daydream Believer’ by The Monkees and was he harking back to Wolves’ trips to the United States around four decades ago by playing ‘San Francisco’ by Scott McKenzie?

“I don’t actually remember the song from the 1967 trip, although it was written about that time,” Wagstaffe said. “It was all about the hippees when we first went there.

“We did play in San Francisco but my memories aren’t happy ones. It was a misty, very cool night and I broke a rib against Den Haag.

“I was taken off in an ambulance to hospital and had Paddy Buckley with me after he hurt his leg.

“In between games in the same tournament, I saw The Monkees putting the finishing touches to the recording of Daydream Believer. 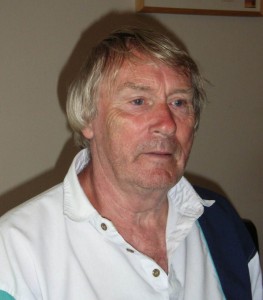 “I introduced the lads to the band but, on another day, I had been out having a drink and a game of pool with Davy when he invited me back to the studio on my own.”

Other Wagstaffe offerings on the show come from later decades, with Oasis (avid Manchester City fans like he was) finding a way on to his playlist.

The winger’s former team-mate John Richards has also been an Inside Tracks guest, as has journalist Steve Gordos, author of the newly-published biography of Peter Knowles.