Shark Attack Not The Big Worry 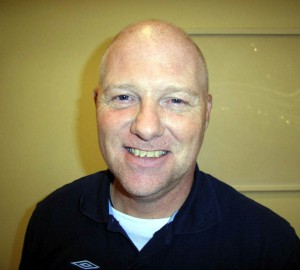 As someone who loves swimming with sharks, Bob Coy might have been surprised that the near-death experience he had was football-related rather than anything to do with warm oceans.

The early 1980s Wolves defender has actually had to kick away a predator that got a little too close during a holiday in Egypt and regrets moving to Northampton instead of Telford in 1986 because it cost him the chance to train in this area as a scuba diving instructor.

But it was a one-hour works match on Astroturf in 2003 that triggered a brush with his maker.

“It was a freezing cold day that ended with me having strong pain in my chest and jaw after we had played,” he said over coffee near his home in Redditch this week.

“My wife drove me to hospital that night and someone from A and E put me on the monitor, gave me an Aspirin and told me I was having a heart attack.

“They told Anita that it was a close-run thing and it was probably my sporting background that saved me. I have never smoked, I hardly drink and we don’t add salt to food or eat much red meat, so the diet side was fine.

“But it was probably the extreme cold that did for me and I had another scare a couple of weeks later when I had nausea and a cold sweat and ended up having an angiogram.

“Having that experience is probably why I don’t feel troubled now by having been out of work for six months. The flooring company I worked for as a salesman became a victim of the recession but I’m just going to carry on looking round for another job rather than worry too much about it.

“A lot of people are in the same position at the moment.” 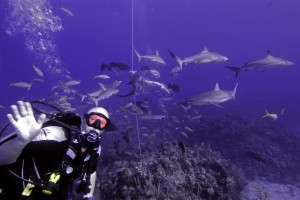 That is him, honest!

Coy, who played 47 Wolves games up to 1984 after joining them in 1978, has nevertheless been on scuba diving holidays every year since 2003, heading usually for the Red Sea but also to the Bahamas.

Now aged 47, he adds: “My interest in diving started when we went on holiday to Menorca after a couple of years of going with the kids round Florida and finding it very tiring going round all the theme parks.

“We decided to stay a bit closer to home the next time and to have more of a rest.

“We went to the Med but I was a bit bored after a few days, so we went diving and it grew from there, especially my love for swimming with sharks. It’s a fantastic experience.

“Yes, they all bite, or are likely to, and they obviously carry danger to some degree but they don’t really like humans. They are curious about us rather than being that interested.

“One had a little nip at me once as I rolled off a boat and, in Egypt, I had to kick another in the face with my flippers when it approached me from below. They normally bump into you to see what you are but I wasn’t happy with it round my feet as I couldn’t have defended myself. 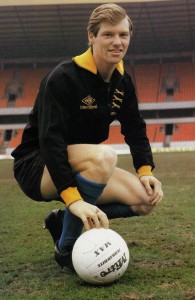 “Most of the time, we are okay to stroke them and I’m also very much into underwater photography and have some spectacular pictures.”

Birmingham-born Coy, who played 19 consecutive senior Wolves games in 1981-82 and then contributed 15 appearances to the club’s promotion-winning campaign the season after, served Chester, Northampton and Aylesbury before winding up his career at Moor Green and Boldmere St Michaels.

He has worked almost exclusively in sales since.