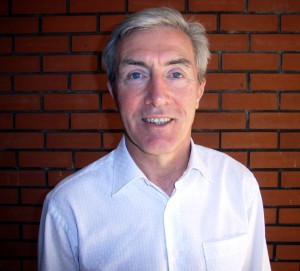 The trio totalled more than 1,250 League and cup games for the club and follow last week’s inductees Bert Williams and Peter Broadbent in being honoured. Two more Molineux legends will take their places in the line-up next week.

Richards told Wolves Heroes: “My birthday is in November and I’ve always regarded this as a lucky month. Obviously, I’m thrilled to bits at this news – it’s a fantastic honour to be considered for inclusion in something like this at one of the famous clubs in the world.

“I couldn’t go to the last Hall of Fame dinner because we had family visits arranged around our daughter being over from Australia, so I’ll very much look forward to going to this one in the New Year.

“When I think of how many players there were in front of me after I signed for the club – men like Derek Dougan, Bobby Gould, Hugh Curran, Paul Walker, Derek Clarke and Jimmy Seal – I’m very proud to have broken through and played, like many others, for a long time.

“I’m delighted to have been club captain and managing director as well in the past and this is another lovely thing to have my name attached to.”

Richards, who scored a then club record 194 goals for Wolves, played 487 competitive games while at Molineux – 51 more than Bailey and almost 150 more than Slater.

The latter’s career was all the more extraordinary, though, for the fact he was initially an amateur playing top-flight football (and even in an FA Cup final for Blackpool) and remained part-time with Wolves even after turning professional.

“I feel very honoured about being named, particularly when I think about some of the players that have already been chosen,” he said. “I’m in good company, aren’t I?

“I’m sure the dinner in January will be a very grand occasion. It will also be good to see my old friend Bert Williams again. It has been some time since I saw him.”

The dinner kicks off the 50th year since Wolves last won the FA Cup, Slater captaining the side in their 3-0 victory over Blackburn at Wembley in May, 1960. 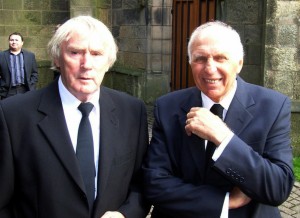 Bailey was the man who skippered the club to League Cup final glory at Manchester City’s expense in 1974 and remains recognised by his contemporaries as the driving force behind the side for many seasons.

“I’m absolutely thrilled,” he said. “I couldn’t be more so. It’s such an honour, particularly when you think of all the players who have come through at Wolves.

“It’s always extra special when you are nominated for something by the club’s supporters. I think they appreciate players who always give 100 per cent and that’s what I was desperate to do every time I played.”