What Doddy Did Next 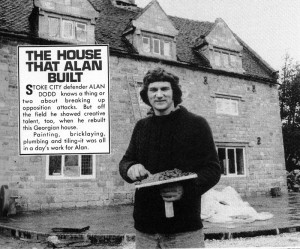 The craftsman at work.......as profiled by a magazine over a quarter of a century ago.

There’s laid-back, then there’s Alan Dodd. So blasé was the former defender about life as a professional footballer that he once thought twice about coming down off a house roof to answer a call to play in a prestige fixture!

“I’ve always been interested in building and house renovation and used to dabble in it going back to my time at Stoke,” he said.

“I was on a day off once when the club had a call asking me to go off to play for the Football League.

“It was well before anyone had thought about mobile phones, so the Stoke physio Mike Allen had to come out looking for me and found me on the roof of a property which had scaffolding up it.

“He told me I had been called up at very short notice for a game against the Scottish League and I asked: ‘Do I have to go?’

“It was a stupid thing to say but I was guilty of taking football for granted at times. As it happens, I am happened I did go because we won 1-0 and I’ve got a lovely medal to show for it.”

Dodd, whose two and a bit years at Molineux in the early 1980s ranged from the delight and immense personal satisfaction of promotion in the first to self-doubt and relegation in the second, had no problems choosing what to do when his long playing career finally ended.

“I have always enjoyed renovating old properties and building extensions, so it was obvious what I would go into,” he added.

“I set out working on one derelict property which was literally falling down and it took me two years to make it habitable.

“I have four or five terraced houses now around the Stoke area which I’ve worked on and rented out. I bought the first when I signed for Wolves in 1982. 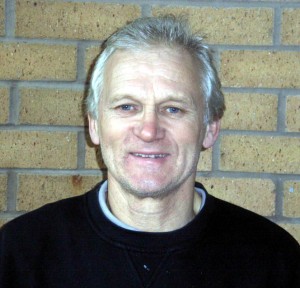 “I should perhaps have been more ambitious but that’s me…..I’m too happy to let things just drift along.

“At least, though, I bought when house prices were low.”

Dodd played 99 games for Wolves before returning for a second stint at Stoke and also fitting in spells in Sweden and at Port Vale.