The Deadliest Of Debutants 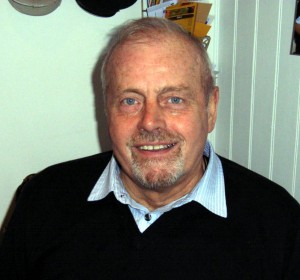 John Galley at 65 at home near Nottingham.

Long before ‘impact’ players were ever spoken of, John Galley was busy making dramatic instant impressions.

As a Rotherham United centre-forward, he scored a hat-trick against Coventry on his debut, then hit three goals at Huddersfield in his first game for Bristol City.

Before that, he had netted once on his Wolves debut (in a 5-0 victory at Fulham) and would later do likewise for Nottingham Forest and Hereford.

“I think I’d have been in the Guinness Book of Records if I’d scored a hat-trick on my Wolves debut because no player has ever done that for three successive clubs,” he said.

“For whatever reason, I just seemed to have the knack of getting off the mark straightaway with my clubs, usually in December, and there’s no better way to make yourselves popular with supporters.

“I scored in my second game for Wolves as well, at Manchester City, but I was only in the side because of injuries to others and it became clear I had to move on in order to get regular first-team football.”

Derbyshire-born Galley, a Wath Wanderers product who has been resident for the last three decades in a village just north of Nottingham, played only six competitive matches for Wolves – four of them in 1962-63, the others two seasons later.

“My wife, Elizabeth, is from Wednesbury, so that made it an even bigger wrench to leave a club as big as that,” the 65-year-old added.

“I was so thrilled to be part of things at Molineux. Even when I only played ten minutes of the whole of the tour of the USA and Canada in 1963, I just felt so happy to be there.

“Joining Wolves in 1960 was like signing for Chelsea or Manchester United now but, unfortunately, they were on the decline by the time I was challenging for a first-team place.” 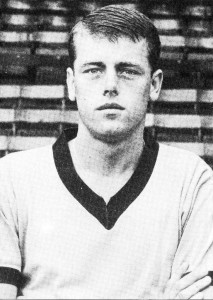 Galley, whose late father was a cousin of former Wolves and England wing-half Tom Galley, scored 48 goals in 112 League games for Rotherham, then delivered 91 in 195 matches in all competitions for Bristol City.

A quieter spell with Forest followed and he also served Peterborough on loan before a wind-down that took him from Hereford, by now as a centre-half, to Geoff Hurst’s Telford and then Atherstone.

Since retiring as a player, he has worked in the printing trade as a sales rep and more lately by running his own private hire business, concentrating on airport pick-ups, weddings and corporate clients.