The Road To Success 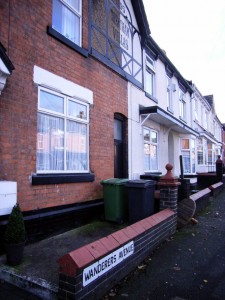 Continuing our look at the some of the events in Wolves’ more distant history, we profile a few of the extra markers the club have put on the map.

A Wolves supporter in the Western Australian capital Perth once named various rooms in his house after club legends of the 1950s.

Much closer to the West Midlands, in England at least, another follower cut to the chase and simply called his home Molineux.

Increasingly, though, the club and certain of their individuals are being honoured and recognised on the streets of Wolverhampton.

Most famously, a road on the site of the club’s former ground near the Fighting Cocks at Blakenhall is named Wanderers Avenue, with the members of Wolves’ FA Cup winning side of 1893 among the local celebrities of the day to have their names on plaques on the walls.

A closer inspection of the A to Z reveals a Billy Wright Close in the Warstones area near Penn while, in WV1, there is now, of course, Sir Jack Hayward way – off the traffic island nearest to Molineux.

It all adds up to a sizeable chunk of bricks, mortar and concrete in Wolves’ honour but the cultural trail doesn’t end there. 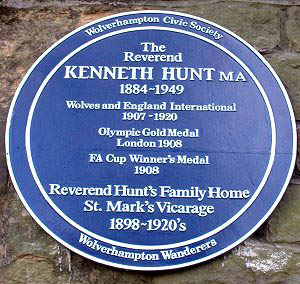 Success on a plate.

Oakengates, birthplace of one of the club’s legendary wingers of yesteryear, bears a Hancocks Drive while a building in Ironbridge has a plaque above the door to announce the fact that Billy Wright lived there.

More obscurely but more locally to Molineux, there’s a plaque at St Mark’s Church in Chapel Ash depicting it as the one-time home of former Wolves and England wing-half Reverend Kenneth Hunt.

The tribute to a man who remained an amateur throughout his football career was unveiled by Bert Williams in 2004.