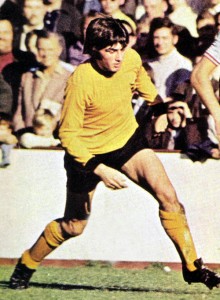 Richards in action early in his phenomenal Wolves career.

John Richards, one-time Wolverhampton Wanderers leading goalscorer and later their managing director, has been signed up by Wolves Heroes as a partner.

The legendary former Molineux striker will be on board with us from the start of next month to lend a major hand in both our editorial output and on the marketing side.

“I know from speaking to many other former players how popular Wolves Heroes is with them,” he said.

“It is a brilliant way for us, as well as the supporters, to keep in touch with so many lads who used to play for the club and, in some cases, to read about old friends we haven’t heard about for decades.

“We all applaud the way certain players have been brought back into the fold when they might have thought they had been forgotten because they had moved to other clubs and settled elsewhere.

“I’m delighted to be playing a part in the site’s development and continued success and to help further cement the link between fans and the players they used to enjoy watching.”

Since his six-year stint on the Wolves board ended in 2000, Richards, who has already written occasional pieces for us, has worked for almost a decade a mile or so from Molineux.

He is Operations Director at Pitchcare, the company set up by one-time Wolves groundsman Dave Saltman and currently based in Wolverhampton Science Park.

But he and the rest of the staff are about to uproot to Telford after Pitchcare expanded considerably by merging with Amenity Land Solutions.

The once-capped England international, who scored 194 Wanderers goals in all competitions and is due to be inducted into the club’s Hall of Fame in January, still lives close to the city and has ideas on how Wolves Heroes might develop. 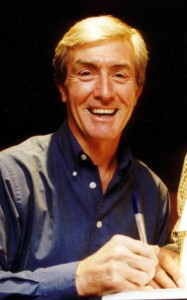 “In terms of being dedicated to tracking down and highlighting the deeds and movements of former players, I’ve not seen another site like this anywhere in the world – in any sport,” Richards added.

“But we have been talking about introducing an interactive element to it and there will be more news of this in the next few weeks.

“I have considerable experience of working in website development at Pitchcare and hope to use that to good effect at Wolves Heroes as well.”