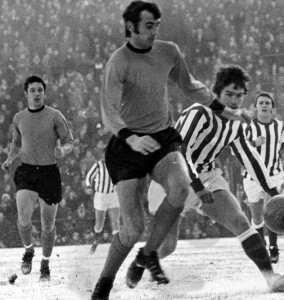 What the Scandinavians saw......John Holsgrove fends off his marker at an ice-bound Molineux on November 29, 1969.

Scandinavian TV has provided us with images of a heroic, blood-soaked Terry Butcher, a bemused Nigel Clough receiving instructions when being sent on as a substitute by Graham Taylor and the delirious words of a Norwegian commentator describing a ‘hell of a beating’ for England.

In a more understated way, Wolves won hearts and minds on the other side of the North Sea when they beat Sunderland 40 years ago today in the first English game ever to be broadcast live over there.

Hugh Curran escaped the marking of Colin Todd and, with a flick of his head, beat the upstretched hands of Jim Montgomery to score a deciding goal that has grown in significance well beyond the two points it won for Bill McGarry’s side.

“I can’t remember being aware that the match was being shown live in Scandinavia,” the Scottish forward said. “The only game of the year you would ever see right through in those days was the FA Cup final. I’m sure we didn’t know it was being filmed live.

“There seemed nothing special or different about the goal really and I couldn’t even remember it when I had a call in my pub 15 years ago saying that the Swedish TV people wanted me to re-enact it for a feature 25 years on.

“They had me and Dave Wagstaffe back on the pitch at Molineux but I said they’d have to remind me what to do and not ask me to jump!

“After that, I was interviewed by another guy from over there and have done an interview this week with a Swedish journalist who told me about the 40th anniversary.

“It’s all very flattering and means I’m probably more famous in Scandinavia than I ever was here. I never went to that part of the world with any of my clubs, although I did once play for Scotland in Denmark.

“I can’t believe the attention I’ve had because of the goal. It’s just a pity the film appears to have been lost and I can’t see it for myself for the first time.”

The 1969 game against Sunderland helps explain why Wolves have such a big following among Swedes, Norwegians and Danes – not to mention the evocative name and colours that sets the club apart in the eyes of many. 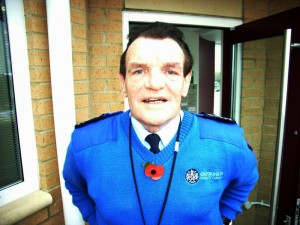 Since Curran’s day, Wolves have been to Scandinavia no fewer than 16 times on summer tours, their popularity no doubt increasing with each visit.

So when the Premier League and Sky bang on about their product now being a global game, seen in living rooms well beyond Britain, they are overlooking the trail-blazing ways of McGarry’s Wolves, Hugh Curran in particular, four decades ago.