Near-Lee! Franny Was So Close To Joining Wolves 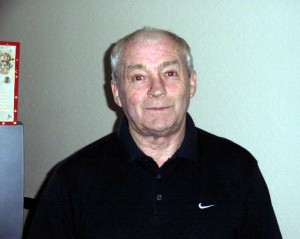 Terry Wharton......outward-bound in the deal that might well have brought a future England star to Molineux.

Terry Wharton has used the weekend of Wolves’ vital Premier League home win over Bolton to offer a new slant on how close Francis Lee came to being transferred beween the two Wanderers.

It has already been documeted how Wolves’ board were supposedly put off signing the busy forward after he took a wild lunge at Peter Knowles in a game against Bolton at Molineux.

But Wharton, who followed his 242 matches and 79 goals in the gold and black by playing more than 100 times when at Burnden Park, insists Lee was much closer than that to moving to the West Midlands.

“When I went off for talks with Bolton, I met their people at the Crown Hotel in Stone,” he said. “And who should I bump into as I walked in but Franny Lee?

“I knew him not just from playing against him but also from going back to Bolton, my home town, during the close season. The two of us played tennis together more than once and got along well.

“Anyway, he was at the hotel for talks with the Wolves directors while I had my negotiations, then we were sat down for lunch together at a table for two while the representatives of the clubs dined at their own table.

“I remember the Franny Lee incident at Molineux when Peter Knowles sat on the ball but I know things were set up for him to come here in the autumn of 1967 when I was agreeing terms with Bolton.

“It was going to be a swap deal but, unfortunately for Wolves, that side of the move didn’t go through.

“Stoke went in for him shortly afterwards but then he joined Man City a week or so later and was a terrific player for them and England for many years.”

Wharton insists he had no mixed feelings on Saturday as Wolves recorded their third League win of the season.

“I was a Bolton fan as a kid, in Nat Lofthouse’s hey-day, but I left the town at 11 when my Dad went to play for Newport County,” the 67-year-old added.

“Then I was only 15 when I went off again, this time to Notts County and then to Wolves.

“There’s only one team for me now, although I didn’t go to the game this weekend. We went Christmas shopping and, funnily enough, are going up to Bolton to see friends and family in the next few days.”

Lee made his City debut against Wolves, without scoring, in a 2-0 win at Maine Road, but hurt his one-time suitors plenty own the years. 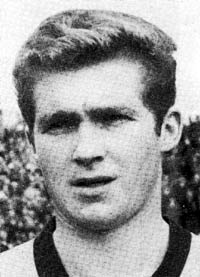 The flying right-winger in his Molineux day.

He hit seven goals in 12 City games against them, including a hat-trick in a 5-2 victory in January, 1972, and two in four matches against them for Derby.

Wharton Snr, also a winger and best known as Jack, played for Blackburn, Plymouth, Preston and Manchester City, as well as for Newport.