This Hotel Ain’t Big Enough For The Both Of Us 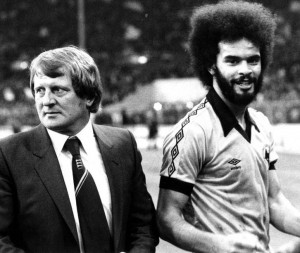 John Barnwell has revealed how he was in danger of being outflanked by Brian Clough even before his team of underdogs arrived at Wembley to take on Nottingham Forest in the 1980 League Cup final.

The Molineux boss thought he had stolen a march ahead of the big date when, using local knowledge stored from his time as an Arsenal player, he booked his squad into a luxury country-style hotel in North London.

His satisfaction at a job well done increased when he subsequently learned that Cloughie had wanted to book his own players – League Cup winners in both 1978 and 1979 and European Cup winners in the latter – into the same establishment. But the smile was soon wiped off his face.

“I flew out of my chair in the foyer when this coach pulls up outside and I recognise two of Forest’s backroom men, Ronnie Fenton and Liam O’Kane, getting off,” Barnwell said.

“I asked them what the devil they were doing there and we had a few heated words, although they insisted they didn’t know we had booked the place.

“It became clear that it was members of Forest’s staff and their families who were staying there, rather than Cloughie and his players, but I still got a bit heavy with the hotel manager and insisted we had big screens between us when we sat down for meals! I didn’t want any important talk filtering into the wrong ears.

“It was typical Cloughie. He knew I’d got one over him but thought he could claw some of the ground back.”

The story is one of the priceless anecdotes told by Wolverhampton-born Daily Star journalist Dave Armitage in his recently published book, 150 BC.

Subtitled Cloughie: The Inside Stories, the 248-page hard-back is now on sale at £18.99 and also contains tales from former Wolves trainee Stan Collymore, ex-Molineux bosses Graham Taylor and Tommy Docherty, and Bobby Gould, the striker who had two successful spells at the club in the 1970s.

Barnwell, who turns 71 on Christmas Eve, has concentrated largely on consultancy work since stepping down in 2007 after almost 14 years as chief executive of the League Managers Association. 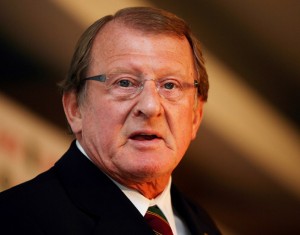 He does not consider himself retired, though, and, while pondering possible future projects, is taking in regular matches from his home in North Nottinghamshire.

“I haven’t been to Molineux for a long time but I did go to Wolves’ game at Doncaster last season,” he added.

“It took me an hour to get to my seat but I have to say that having my hand shaken en route by a lot of Wolves fans was a very pleasant experience.”