In Memoriam – The Thoughts Of Burnside 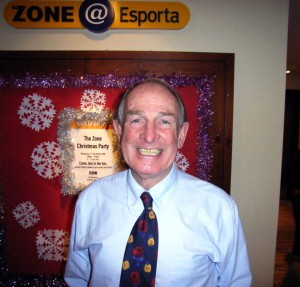 This should have been the weekend David Burnside celebrated his 70th birthday by watching Wolves on the star-studded Premier League stage.

Instead, we at Wolves Heroes mark the occasion by giving a further airing to the colourful ways of a man who died suddenly in mid-October. And we concentrate, in particular, on his relationship with Peter Knowles.

In one of four meetings we had with David in preparation for a planned book about his career, he said of his rival inside-forward: “When I first arrived at Wolves in 1966, I took his place, so I had to play well to stay in the side.

“Luckily for me, we set off on a good run almost straightaway but I realised just as quickly that Peter was the fans’ favourite.

“I remember we both played in one match and the crowd chanted for me and chanted for him, one after the other. It was strange to hear.

“Peter was young and brash but intelligent as a footballer, loved by the crowd and at times brilliant.

“I was different – reliable and even boring – because I had been converted and calmed down after having many of the same extravagant ways in my youth at West Brom.

“Knowlesy wasn’t in my circle as I was older but he was mature for his age in some ways and very sincere deep down.

“He obviously found something in him that he didn’t realise he had and I thought what a waste of talent it was when he quit the game. And what a waste it was for football.

“He was an arrogant Gazza type. If you told him to do something, he would do something else but he would have had to play for England if he’d carried on as he was.

Burnside, for whom tickets had been purchased for Wolves’ game at Manchester United on Tuesday as part of a weekend of surprises, saw Knowles move into the club house at Fordhouses that he vacated when he moved to Plymouth. 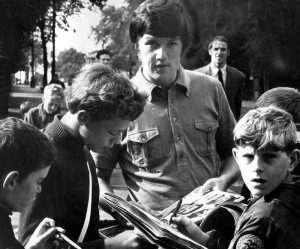 Peter Knowles - in demand, as always, from admirers.

And he admitted to us that their relationship did once briefly boil over.

“I lost my temper with him in one game and we had some words as we were waiting for a ball to come over from a free-kick or a corner,” he added.

“I have to admit I hit him while we were jostling for a position but he carried on as if nothing had happened, disappeared to the far post and cracked this shot into the net when the ball reached him. That was him all over!”