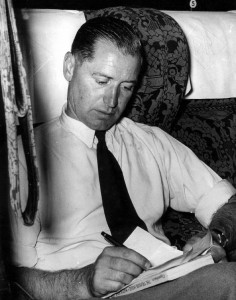 Joe Gardiner.....on his travels for Wolves.

To the many accolades made by players over the decades to Joe Gardiner, we at Wolves Heroes are happy to publish a tribute with a difference from a talent-spotter who worked closely with him for more than a decade.

Tony Penman didn’t play a single game for the club nor work for them in anything more than a part-time capacity but was proud to become friends with a man who shared his north-east roots.

“The same phrase always seems to come to the minds of people who met Joe,” said Wolverhampton-based Penman. “Everyone says he was a gentleman.

“He was very kind and always had a smile – great qualities for dealing with youngsters and their parents when they first came to the club.

“I had a teaching background and worked in the Wolverhampton and county schools set-ups, so I was always encouraged to keep an eye out for lads who could play – and then to help them settle here if they were signed.

“In his role as chief scout, Joe was very strong on the care side and would always make sure new recruits and their parents were taken out for meals, brought to games and shown where the local church was.

“Certain clubs would send families washing machines or whisk them off to Butlin’s as an inducement for their lads to sign but Joe just believed in old-fashioned virtues like honesty and care as a way of selling Wolves’ name.

“He was a devout church-goer and went to the midnight mass at St Peter’s and St Paul’s, where another of Wolves’ backroom team, Jack Dowen, was an altar boy into his later years.”

Gardiner, who died around 15 years ago, was dubbed ‘Mr Wolves’ after spending half a century at Molineux, initially as a wing-half, then as no 2 (trainer) to Stan Cullis in the glory years and finally as kingpin of the club’s highly efficient scouting network.

“Because he never married, he had few distractions and would drive tens of thousands of miles in Wolves’ name,” added the 69-year-old Penman.

“I first got to know him through Jimmy Mullen, another Geordie, who supplied sports goods to us at St Chad’s, the school I taught at in Wolverhampton in the 1960s.

“I didn’t know Joe in the north-east, although I’m from Consett which is only a few miles from Langley Park, the area of Newcastle that he and Bobby Robson came from. But I was proud to know him through the club. 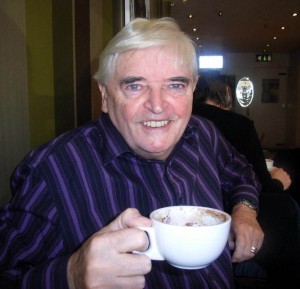 “He wasn’t an extrovert but he was very highly regarded and everyone who knew him speaks in the nicest terms of him.”

Regular visitors to Wolves Heroes will read more in due course of Penman, who showed that the Gardiner touch had rubbed off on him when he did much to help Les Wilson and Evan Williams settle in the West Midlands following their arrival from Canada and Scotland respectively.

And the club have another major debt of gratitude to him. He’s the man who discovered John Richards.