Misfortune Of Another Jimmy Mac 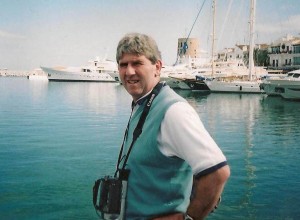 Football, we’re told, is all about fine margins. And maybe the story of Jimmy McVeigh underlines the point.

At the end of 1968-69, with a couple of first-team outings added to his impressive appearance record in the Central League, the young full-back appeared to have a promising future.

But events largely out of his control saw to it that the door quickly closed again and a possible chance was missed.

“I played the last couple of games of the season in 1969, making my debut at the age of 19 at Sunderland and marking Dennis Tueart, who was playing his first game in their first team,” McVeigh said.

“We moved straight on to play at Newcastle a couple of days later and I roomed with Frank Munro. Although we lost both games, I thought I did okay and Bill McGarry walked down to me on the coach journey home and said I’d done pretty well.

“The club were going to America shortly afterwards for a tournament and Bill said I’d have to get sorted out with a suit and visa so I could go.

“For whatever reason, those plans weren’t seen through and I went instead to a youth tournament in Germany and Switzerland, only to find on our travels that I was too old by a month.

“I played a couple of friendlies beforehand, then I was a passenger and arrived home to find that Les Wilson had done well at full-back in America in my absence.

“So, from being first choice behind Gerry Taylor and Derek Parkin, I had slipped down the order, then Bernard Shaw was signed from Sheffield United as well a few months later.”

McVeigh, who turned 60 in the summer, was subsequently sent on three months’ loan to Gillingham, for whom he played around 70 first-team games before and after making the move permanent on transfer deadline day in 1970.

Although cartilage problems curtailed his progress, he later played for more than seven years as a semi-professional for Maidstone before returning to do part-time youth coaching at Gillingham for several seasons in the 1990s.

“I was fortunate because the chairman at Maidstone was the managing director of the Kent Messenger newspaper and he got me fixed up with a job,” McVeigh added. 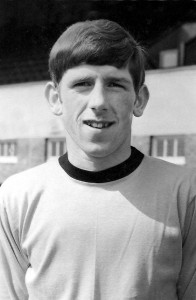 In his teenage Molineux years.

“I became the transport distribution manager and I’ve just left there after 37 years, so I can play more golf now!

“I’m from near Buxton and played for Wath Wanderers with Dave Galvin, who also played for Wolves and Gillingham, and Paul Walker.

“Obviously I’d like to have played in the first team more at Molineux because I was captain of the reserves for a year and a half when Ron Bradley was manager. But we’re happily settled down here now and I won’t be moving back to Derbyshire.”