Sad Tale Of Kid Tipped To Make It Big

Where Opportunity Refused To Knock 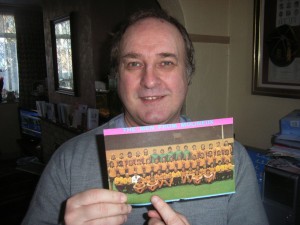 Mick Bradbury points himself out on a 1970s picture showing how big Wolves' playing staff used to be.

Micky Bradbury seemed to have the football world at his feet as a teenage goal machine at Molineux.

He scored five goals on his debut for England Schoolboys, attracted scouts from big clubs far and wide and even shared digs with Graeme Souness during a trial at Tottenham.

But the big time sadly eluded him and, at 54, he looks back instead at a professional life containing 27 years of graft as a postman and, in more recent months, duty as a part-time driver and escort of schoolchildren for Dudley Community Services.

“Of course I’d love to have made it in football and been set up better financially,” he says. “I do regret it in some ways.

“So many of the lads I played with at club and international level went on to have very good careers in the game and it’s natural to think that it could just as easily have been me.

“But there’s no point being bitter about it. I played for various local non-League clubs and made some really good friends, so I enjoyed my football even after I finished with Wolves and England Schoolboys.”

So in demand was Bradbury as a youngster that his father John quit his job as a bus and lorry driver to deal with the stream of big-club representatives.

“I sat in so many directors’ boxes, it was untrue,” he said. “There were always people coming to our house in Smethwick to see Mick and I wanted to be in to answer the door to them.

“Manchester United were after him, so were Birmingham, Albion and Cardiff, and Arsenal even offered to open a bank account for him if he signed there.

“We also had a visit from the Villa chairman in his Bentley and I warned him he was likely to have it pinched if he left it for long!

“They all made their offers and sales pitches and usually ended up by saying: ‘You don’t want him to become a driver like you, do you?’

“I used to go round in an old banger and clubs would promise to sort me out with a decent car if Mick signed for them and, sure enough, I had Joe Gardiner’s old Austin 1300 after he joined Wolves.” 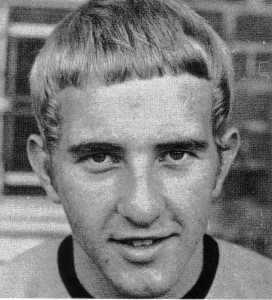 Bradbury Junior played at centre-forward in an England Schoolboys side also featuring David Price and Brian Hornsby, who carved out good careers at Arsenal, Steve Powell, who served Derby for many years, Dave Donaldson, who made the grade at Millwall, and Billy Rodaway, who totalled around 500 games, many of them for Burnley.

His five goals in a game came against the Republic of Ireland at Bramall Lane and he also scored against Scotland at Wembley and hit a beauty at the same venue against West Germany in an era when such fixtures attracted bumper attendances.

He grew up at Wolves alongside the likes of John Richards, Peter Eastoe, Steve Daley, Alan Sunderland and Barry Powell and once had Geoff Palmer as a lodger when the Cannock-born full-back grew tired of his digs near Molineux.

He went on tour to Zambia and Malawi with the club’s youngsters in 1971 and also visited Italy at a time when his grooming in the Midland Intermediate League and West Midlands League teams led to outings in the reserves.

But he added: “Bill McGarry was always more interested in the first team than the development of lads like me, so I’d play a couple of matches in the Central League and then lose my place to a first-teamer who was on his way back from injury. Don’t forget: The playing staff was about 40-strong in those days.

“I went to the League Cup final in 1974 as a guest of the club but left later that year. Then I had a couple of months with Walsall before going to play for clubs like Oldbury United, Walsall Sportsco and Gornal.

“I enjoyed it, although it was obviously different to the sort of football career I might have had. I thought I had signed for Albion at 13 after Alan Ashman came to the house but I found out I was not registered and I remember going for a look round at Birmingham when Stan Cullis was manager there.

“I didn’t really fancy Manchester United. They wanted a second look at me but there were so many lads having trials there that I said no.

“The club I really wanted to join was Tottenham. Bill Nicholson was the manager and I found Graeme Souness a great bloke. He was a couple of years older than me and looked after me while we were housed together. 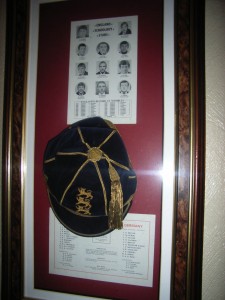 “Unfortunately, my mom thought I was too young to go to London, so I didn’t take it any further.”

Bradbury played nine times for England Schoolboys and once for the country’s under-18 side – against Scotland at Clyde but, having earned £7 a week as an apprentice at Molineux and £35 when he signed as a professional, he didn’t exactly cash in on his exciting potential.

He is now back living with his parents in Rowley Regis and recovering from a broken bone in his leg sustained in a recent fall on the ice.