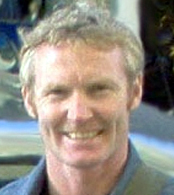 Charlie Bamforth wrote a column in the Wolves programme for five years from 1985 and authored a 1992 book called ‘In Keeping With Wolves’. Resident in California, through his work, for more than a decade, he was the ideal candidate to step in for his Wolves Heroes ‘debut’ when we set our sights on a former Molineux man based in the same state…..and it’s fitting that the fruits of Charlie’s labours appear on the day that his beloved Wolves face Wigan, the town of his birth. NB: This article is also a follow-up to the teaser we posted on Boxing Day.

There are surely worse jobs than being head coach of the San Diego Sea Lions from division two of the Women’s Professional Soccer League. That is the ‘fate’ of Paul Dougherty, remembered fondly as Pee Wee, the tiny midfield dynamo of mid-1980s Wolves – and he is clearly very happy with his lot.

Last season was his first in charge at San Diego and he turned round a side who had won four games and lost nine by leading them to a top-three position from which they just missed the play-offs.

So what is the difference from coaching in the men’s game? “You are more careful in the things you say and the way you say them,” he said. “But they are good listeners and want to do the work. They have a great attitude towards the practices and are very competitive.”

Dougherty also coaches boys’ under-15 and under-16 club teams and has previously been responsible as well for the men’s team at University of California’s San Diego campus.

Life is good for him in sunny Southern California, where he is engaged and has been a citizen for six years.

It was his first port of call in this country and he spent five of his first six years with San Diego Sockers and San Diego Nomads. Then the league folded and he spent most of the rest of his playing career on the east coast, indoor and outdoor, with teams such as Baltimore Blast, Orlando Lions, Miami Freedom, Fort Lauderdale Strikers, Tampa Bay Rowdies, Montreal Impact, Houston Hotshots, Metro Stars, Tampa Bay Mutiny, Chicago Fire, Charleston Battery, Colorado Rapids and Pittsburgh River Hounds.

“I knew I would come back to San Diego,” he added, having retired in 2005 after another stint with the Sockers.

Which would you prefer, I asked, the indoor or outdoor game? “I would have to be honest and say indoor. Simply because you get more touches and are more involved.”

If involvement means netting 221 goals in 149 appearances, as he did for Buffalo Blizzard between 1992 and 1996, that would be about right. “And that was from midfield, too,” he added. “I have never played up front.”

Was that time the highlight? “No. That was playing in four championship-winning seasons at San Diego – I played in two-thirds of the games.” 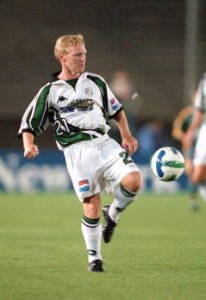 Colleagues there under the management of Portsmouth veteran Ron Newman included the former Manchester City star Kaz Deyna. Wolves favourite Steve Daley had been and gone before Paul arrived.

Any regrets about not staying on the English scene? “Not really. It was always a case of banging my head against a brick wall, especially the way Wolves played and with me a small player. The ball pumped up front to Bully and Mutchy: there was not much point in being a midfield player.

“I think I played my best football for Wolves when we were in the top division. As we went down the divisions, I found I wasn’t improving.”

I pointed out that he did go out on loan mid-way through his career to Torquay. “That was more as a punishment from Tommy Doc! Actually, I ended up enjoying it. David Webb was a great manager. But it was different from Wolves. The kit you trained in on a Monday was just hung on the peg every day so you were still wearing it unwashed on the Friday!”

Upon leaving Wolves, 5ft 2in Paul paid his own passage to seek a five-week trial with the Sockers, who reimbursed him after taking him on to their books.

But, back-tracking, how did his big chance arrive at Molineux as a youngster in 1984?

“I had been told in the February that I was being released, so I reckoned to do my best in the second team so some club would spot me,” he said.

“I was playing for the reserves on the Tuesday of the week Graham Hawkins was sacked on the Thursday and Jim Barron was appointed acting manager. I wasn’t in the first team squad, so I went to a night club on the Friday – I didn’t drink too much! – but it was past midnight when I left. I woke around noon and there had been a call from the club and my landlord rushed me to Molineux.

“I went into the dressing room and the players were being spoken to by Jim Barron. Then he read out his line-up and I was in it! When I trotted out, the fans had no idea who the little fella was – the mascot? Directly opposite me playing for West Brom was Steve Hunt, who had played for England on the Wednesday. AND I was fined ₤5 (about 20% of my wages) for being late to the ground!”

The game ended goalless but Dougherty had cemented his place for the rest of the season, including among his chums Derek Ryan and Tim Flowers (who he had developed his game alongside from the age of 13).

He also started 1984-85 in Docherty’s midfield but said of the Scot. “He didn’t have the right people around him. We lost good coaches like Barron and he brought in his out-of-work friends. He had too many days off.”

In the last home game of his Wolves career, Paul executed his first backward flip. “Bully scored, so over I went. Mutchy said he had not seen anything like it! I started doing it in America and it became a big thing because it looked so bad. I was wobbling about when I landed but never fell flat on my face!”

These days, he enjoys the marvellous lifestyle California can offer – beaches, swimming, diving, and scuba. But he avidly watches the English game on the television and went to the Manchester United v Wolves match while spending an extended Christmas break back in his native Warwickshire. 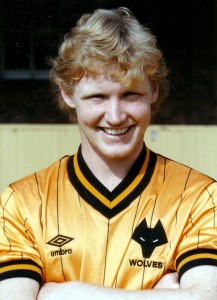 As Wolves will remember him from the days of pin-striped shirts!

One last question: His height – is he sensitive to it? Does it irritate him to keep hearing about it?

“Not at all. It was a big thing over here in the States when I first came, about me being the smallest athlete. But I am in a position as a role model to give reassurance to young players who are also short. That is fulfilling.”

* Wolves’ match-day programme will today be carrying a separate interview with Paul, conducted by Paul Berry.