Kindo On Menu For Spice Night 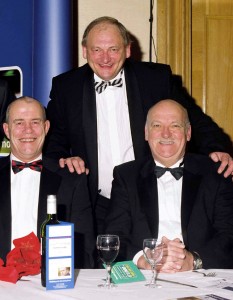 Steve Kindon has been booked as the ‘aperitif’ for corporate fans at next week’s spicy encounter between Bolton and one of his former clubs, Burnley.

The ex-Wolves striker, now a highly popular after-dinner speaker, has the thorny Reebok date in his diary for Tuesday, January 26 – a couple of weeks before he heads for the Midlands and a February 11 engagement at Walsall.

“When I’m anywhere between Bristol and Stoke, I’m recognised as an ex-Wolves player,” Kindon said.

“North of Stoke, I’m known as a Burnley man, unless I’m in Yorkshire, in which case people associate me more with my time at Huddersfield.

“With Burnley now being in the Premier League, I’m being asked along to speak before some of their games and will also be on duty when they play at Wigan next month.

“But the Bolton match is obviously the one which has got people talking up here. Feelings are likely to be running high but I’ll be there just to do my job as normal and then to sit back and enjoy the game.”

Kindon was at Old Trafford on Saturday to see Burnley’s defeat against Manchester United in Brian Laws’ first game as manager and has circled Saturday, March 13 as one day on which he doesn’t intend to take any bookings.

That’s when Wolves visit Turf Moor for a fixture that was a Fourth Division clash little more than 20 years ago. 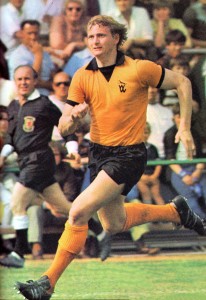 He was thrilled when the two clubs climbed from the Championship three weeks apart last spring and, having not yet seen Wolves or appeared at Molineux this season, is determined to be present at a game that will be vital in the battle for survival.

Kindon, who appeared with Don Goodman at Bescot last year, added: “I’m 60 next year and have a five-year-old grandson who is the light of my life, so I have other things to do than drive up and down the motorways for matches.

“But Burnley is only 45 minutes from home and the excitement of them being in the Premier League is still tangible all around the town.”