No Gentle Letting Down For Colin 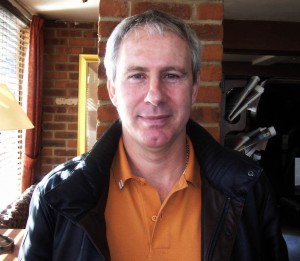 Colin Brazier has revealed how his six-year Wolves stay came to a sudden and premature end – in a way that somehow summed up his career.

It was a case of one door opening and another shutting firmly in his face when the club’s 1980 League Cup final substitute was greeted with the fateful news by Ian Greaves 15 months later.

“I had just had a good run in the reserves and scored quite a few goals in a short space of time,” the 52-year-old said.

“I had also already had one spell in America and was seeking permission to return there for their season.

“The manager came in and said: ‘You’re okay to go back to the States – we’re letting you go permanently.’

“I had mixed feelings because I wanted to go back to Jacksonville, although it would have been nice to be returning under better circumstances.

“More than once, I had grown very frustrated at not having more first-team openings at Wolves but I didn’t necessarily see the end coming like that, especially as I had just had that good run in the Central League.”

So was Brazier’s arrival at Molineux any more ‘normal’?

“Well, put it this way, I could only sign professional there when my Dad gave me permission to,” he added. “He told me I had to serve an apprenticeship first, so I concentrated on my plumbing and then joined Wolves full-time at 18. 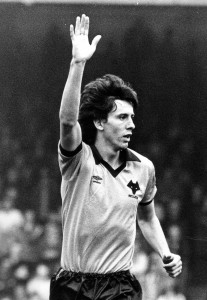 In his Wolves playing days.

“I’m sure it has proved good advice because I had my own plumbing business for a while after following up my playing career with a spell as a salesman in the chemical world.”

Rugeley-based Brazier even hung up his boots in somewhat unusual circumstances – with an international call looming.

Having also served Birmingham, Lincoln and Walsall after leaving Molineux, he had just been selected by the England semi-professional X1 for a trip to Italy when a bad injury suffered playing for Kidderminster in the FA Trophy final at The Hawthorns the night before proved a less satisfactory alternative swansong.