Waggy: Read All About ‘im! 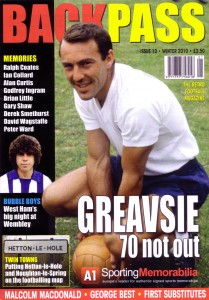 An article about the long-time outside-left, with photographs, spreads across two pages of the glossy 68-page publication under the headline ‘Rolled Gold’.

To those in the know, that is a subtle reference to the unusual pre-match ritual Waggy observed to help him over any nerves.

“I did have my funny ways – and still do,” reveals the man who still lives in the area and watches home games as well as having attended the recent Hall of Fame dinner.

The interview, conducted for the magazine by Wolves Heroes in Tettenhall just before Christmas, is part of a lengthy look at wingers in the 1960s and 1970s.

Wagstaffe played 404 times for the club from 1964 to 1976 and was regarded as one of the best exponents of his skilled trade in an era also illuminated by the likes of George Best, Harry Burrows, Cliff Jones, Terry Paine and Alan Hinton, the latter of whom started his long and successful career at Molineux.

Backpass is now on sale at £3.50 at many High Street outlets, including WH Smith and McColls, and is also available on subscription. 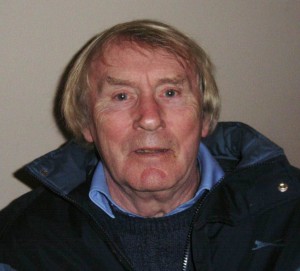 Details of how to order can be obtained from www.backpassmagazine.co.uk or by ringing 01544-230317.

This tenth issue of the magazine also carries a Villa-orientated piece on ex-Molineux manager Brian Little and a reminder, in a look back at when the concept of substitutions was introduced, of the first no 12 Wolves sent on in a League game.

In addition, the excellent Ivan Ponting pens his own tribute to David Burnside, the inside-forward who died in October.