Part Two of Q And A Tomorrow 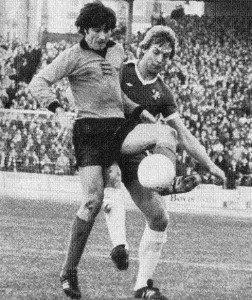 John Richards holds off his marker at Stamford Bridge in the mid-1970s.

Wolves Heroes will publish the second half of the John Richards Q and A tomorrow.

The club’s former record goalscorer and managing director received a host of questions both from readers of this website and members of www.molineuxmix.co.uk

And, after last week’s first instalment concentrated mainly on his playing career, much of the focus this time is on his time in the boardroom.

Robbie Keane’s transfer to Coventry, Richards’ relationship on and off the field with Derek Dougan and his decision not to pursue post-playing employment in the game are all discussed.

So, too, are his thoughts at winning only one England cap and his present-day relationship with Wolves and their supporters.

“There were so many questions that it hasn’t been possible to answer every one,” JR said.

“But I’ve certainly taken on the most forthright ones – the ones that I feel I’ve been asked less often. 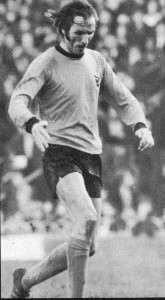 “I’ve thoroughly enjoyed the exercise and hope my answers prove interesting as well to the readers.”

Richards, an official partner of Wolves Heroes, will be overseeing the Q and A section of this site in the coming months.

He is relishing the prospect of putting fans’ questions to other former players, both those he played with and favourites from other generations.