Bertie Tracked Down In Oz 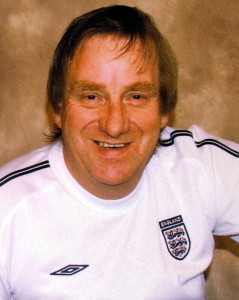 Bertie Lutton - an Ulsterman in Oz in an England shirt.

Our 12-month search for former Wolves winger Bertie Lutton has met with success at last.

Having put feelers out in Australia, London and Belfast, we have finally met up with his son Lee – in Wolverhampton, of all places!

And we’re delighted to report that the man who made 25 appearances for the club as well as playing for Northern Ireland, Brighton and West Ham is well and still working as he approaches his 60th birthday this summer.

“Dad remains resident in Melbourne, where he has been for most of the last three and a half decades,” Lee told us.

“He works as a superviser for a logistics company who have just been taken over and who he has been with for the last ten years.

“Previously, he worked in a warehouse and was in stock control in the car sales business before that around the time he was playing football over there. 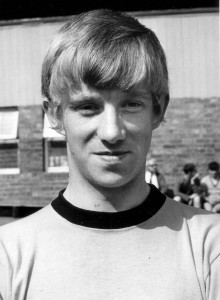 Bertie in his Wolves days.

“He does come back from time to time and will be here for a few days in August because I’m getting married in Gibraltar.”

Lutton, whose only Wolves goal came in a Molineux victory over Arsenal in November, 1969, was recruited by ex-Wanderers keeper Dave MacLaren to Sydney Hakoah in 1976.

Eighteen months later, he followed MacLaren to South Melbourne, spending a further three years there on a semi-professional basis in the new Australian Soccer League.

With his career winding down after back trouble had terminated his time in English football at the age of 26, he then made sacrifices for his son in the mid-1980s.

“I was a decent player in my own right and Dad was keen to give me every chance of making it over here, so we all came back in 1985,” Lee added.

“I spent three months in the YTS set-up at Albion while players like Carlton Palmer, David Burrows and Adrian Littlejohn were at the club. Nobby Stiles was in charge, although I have to admit I can’t remember Steve Bull.

“Anyway, I didn’t make it and Dad took me and my two sisters back to Australia in 1988. It was felt the lifestyle there offered us better prospects. 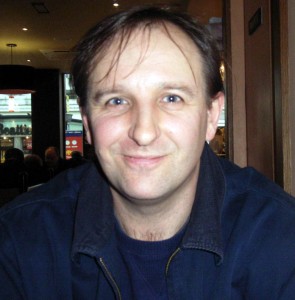 “Our Mum lives here and Dad’s a bachelor these days, and I’ve been to Australia 11 times and come back 11 times.

“I’ve had long spells living there but, because we have a three-year-old daughter and have more family in England than in Australia, my fiancee and I have settled in Wolverhampton since coming back just over a year ago.”

Lutton Snr joined Wolves in 1967 and left for Brighton in 1971, having won two of his six full international caps while at Molineux.

We plan to do a piece with the man himself in the coming weeks.