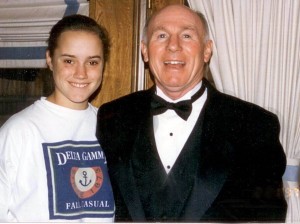 Out of the Wolves Heroes ‘branch office’ in California comes another nostalgic offering from exiled Molineux fanatic, Charlie Bamforth – focusing on a man who briefly served as skipper in the mid-1960s.

He has lived for some 20 years in Dallas but the accent is still pure ‘Scotty Road’, Liverpool. And the passion and love for football are undimmed in Jimmy Melia, a sprightly 72-year-old still full of vigour.

The eternally balding midfielder will always be remembered best for his days at the heart of Bill Shankly’s first Liverpool engine-room but older Wolves devotees will also look back fondly to his all-too-brief sojourn in a gold jersey and to what might have been.

“It was 1964,” Melia says. “Liverpool had played Everton and lost and I hadn’t played very well. Shankly was mad. I had an injury that I had picked up at Fulham and it took me ages to get over it. Anyway, I was now out of the team and started to think it was a good time for me to move.

“I went to talk to Shanks and he really didn’t want me to go. Come Sunday evening and I got a phone call. The voice on the other end said: ‘A team beginning with W from the West Midlands want to sign you’!”

“They paid ₤50,000 for me. Shankly quietly tore up my transfer request, so I got my signing bonus.”

And Stan Cullis? “What a great man. Fair play to Liverpool, even though I had signed for Wolves in the March, they wanted me to go with them on tour to America that summer. But Stan wanted me to go with Wolves to the Caribbean as his captain because Ron Flowers was with England.

“Stan Cullis said he was going to make me one of his coaches – but of course he got sacked.”

“In fairness, I can’t remember too much about my games for Wolves,” he added. “I do know I got two goals in a game against Fulham in 1963-1964 and my best game was at Blackburn the next season, even though we lost. Stan was sacked on the Monday and I was dropped!

“My style was different to that of the team. The caretaker manager Andy Beattie liked me but I was outspoken in criticising the chairman John Ireland for firing Cullis, so I had to go.”

Jimmy played eight more games for Wolves in that fateful season but was then on his way to Southampton. He had actually relocated to Wolverhampton and lived not far from the ground. 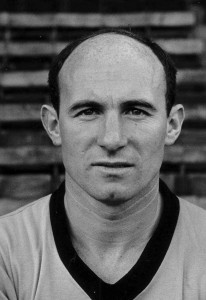 He counted a fellow Liverpudlian, keeper Fred Davies, as one of the players he was closest to. “Lovely man”. So was it very different at Wolves compared with Liverpool?

“Totally. Bill Shorthouse and Joe Gardiner had very different ideas from the Liverpool coaches. Of course Wolves played the long ball – they wanted me to strike long passes, but I was a short ball player. So from that perspective, it was a bad move for me, but I enjoyed my time there.

“Of course, Wolves were re-building: I remember one Fleet Street guy writing something like ‘And Melia of Liverpool passed to Swindon’s Woodruff, who found Forest’s Le Flem who centred to Ipswich’s Crawford…’”