Q And A: Bert Next

Get Your Questions Rolling In 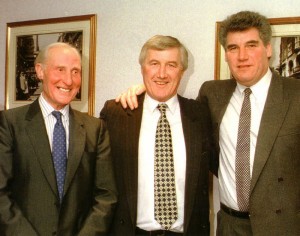 World-renowned Molineux keeper Bert Williams is to be the second interviewee in our new 2010 Q and A feature.

Wolves Heroes partner John Richards, who answered a host of fans’ questions last month, is to collate supporters’ emails this time and take them to Bert for answering.

We remain grateful to www.molineuxmix.co.uk for supporting us in this venture and hand over now to JR to explain the procedure:

“I am very excited to announce that my first guest in our new series is a true Wolves legend.

Bert Williams celebrated his 90th birthday at the end of January, just a few weeks after he was inducted into the club’s Hall of Fame, and is currently starring in a TV advertising campaign for Mars in the build up to the World Cup finals in South Africa.

As all Wolves fans know, Bert was one of the key players of the 1940s and 1950s when Wolverhampton Wanderers became one of the world’s most most famous and respected clubs.

Nicknamed ‘The Cat’, he played 24 times for England and in well over 400 League and Cup games for his club, and is rightly considered to be one of the true greats of the game.

Bert is a proper gentleman and I have a little advice for those eager to fire questions at him. He finds it very difficult to compare players he played with. “How can I say I prefer one player to another?” he said to me. “I played with a lot of talented players. They were all so good, in their different positions, and each contributed to the team’s success.”

So, my suggestion is: Don’t ask him who the best player was that he ever played with, nor to attempt to draw from him his all-time favourite team. He’s much too polite to risk excluding anyone he shouldn’t have!

There’s still so much to go at, though. He was an FA Cup as well as League Championship winner at Molineux and played in many of those floodlight friendlies under Stan Cullis. 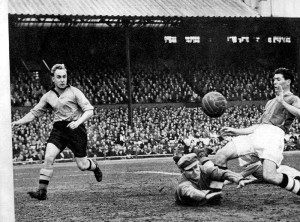 And he has done so much with his life since retiring as a player.

If you have any questions for Bert, please get them to me at JR@wolvesheroes.com and make sure they reach me by Monday, March 8. Alternatively, Molineux Mix members can post them on the Wolves Heroes forum area of that site

We look forward to hearing from you.”