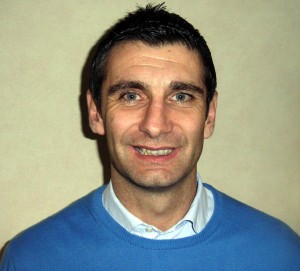 Adrian Williams - pictured on his return to the West Midlands.

Adrian Williams found himself submerged in happy coincidences after enrolling on a coaching course run by the League Managers Association last Wednesday.

Not only did he bump into familiar faces there but the venue – The Hawthorns – meant he could stay on a few hours and watch Reading’s thrilling FA Cup replay victory over Albion.

“It was amazing,” he said. “I write a column in the Reading newspaper and I was very lucky to have the chance to do the course during the day and then watch the game at night.”

The former centre-half, who spent four injury-plagued years at Molineux from 1996, was also among friends in the press room before the match as he renewed acquaintances with Mick Gooding (a team-mate of his at Reading but not Wolves) and Keith Downing, who spent many years on the Wanderers coaching staff before moving on to Cheltenham and now Albion.

“It was that sort of day,” Williams added. “On the coaching course, I saw John Ward and Paul Simpson as well as people like Phil Brown, Tony Adams, Lawrie Sanchez and Don Howe.

“I’ve already done some coaching at Swindon and even had a little spell as caretaker manager there, so I’m keen to get back in if I can.

“As well as the practical side of hearing about different techniques, it’s useful to network because the more people who know you, the better.

“There’s another course at Fulham next month, when Roy Hodgson is involved, so I will be there as well.”

Williams played only 36 matches as a £750,000 Wolves signing but overcame various injury problems to make around 500 appearances in all in his professional career.

Approaching 400 of those were in two spells with his home-town club Reading, where supporters named him as the centre-half (with 60 per cent of the vote) in the club’s all-time best X1. 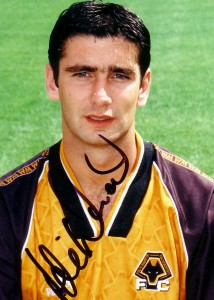 A signed photo that proves he hasn't changed much in more than a decade.

He also won 13 Welsh caps as well as playing for Coventry, Colin Lee’s Millwall (on loan) and Swindon.

At 38, he is registered as an occasional player with Swindon Supermarine in the Zamaretto League premier division and is working hard on his fitness.

Having gone on a cycling holiday to Spain last summer with his former Reading team-mate Nicky Forster, he then did a ‘personal trainer’ course before Christmas and runs the Reading Half Marathon in mid-March.