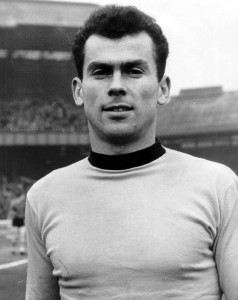 Manchester City legend Mike Summerbee was on hand to present the accolade to the 67-year-old at a ceremony earlier this year, when Olympic bronze medalist Katharine Merry was the guest of honour.

Le Flem is now due to go on the Wall of Guernsey Sporting Heroes, having moved off-shore in his formative years.

“I regard myself as a Channel Islander, although I was born on the mainland,” he said, “so this is something I’m very proud of.

“It was a surprise when I was told about the award because obviously I’ve been a long time retired from the game. But the framed photo Mike presented me with is a very special keepsake.

“I have basically been here all my life apart from when I was playing professional football and I love the lifestyle.”

As a promising youngster, Le Flem was first courted by Grimsby, who tried to lure him to Humberside by drawing comparisons with the holiday isle and saying the town also had a seaside feel with ‘clean, fresh air’.

But Nottingham Forest, just crowned as FA Cup winners, moved quickly as well and he headed instead for the East Midlands.

While still in his teens, he highlighted a stay at the City Ground of around 160 games by winning his solitary England under-23 cap in Holland in a side managed by Billy Wright and featuring Alan Mullery, Brian Labone and Bobby Moore – the half-back line in the senior side in the Mexico World Cup in 1970. 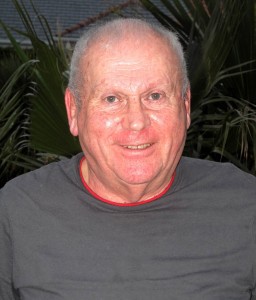 Le Flem moved to Molineux in 1964 in a swap deal with Alan Hinton but contracted jaundice and played only 19 games for the club before moving on to Middlesbrough and Leyton Orient.

He was regarded as one of the quickest wingers in England, having excelled as an athlete back home before trying his hand in football.