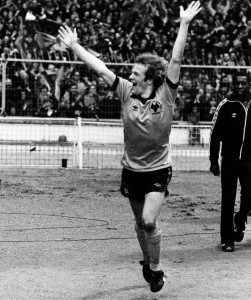 Wembley ecstasy.....but was it really THAT long ago?

Wolves Heroes spoke to Andy Gray at 5.30pm yesterday (March 15) and pointed out a certain anniversary in the life of both he and Wolverhampton Wanderers.

Maybe we should have checked that he wasn’t driving at the time because his response was one of some surprise.

“What? Thirty years today since we beat Nottingham Forest in the League Cup final?” he asked. “Thirty years?”

Equilibrium somewhat restored, he spoke fondly of the occasion when we rang him back a couple of hours later.

“We were very much underdogs against a fantastic team and I’m not quite sure to this day how we managed to beat them,” Gray admitted.

“We were up against it because they had better players and were charging on towards winning the European Cup for the second successive season.

“But we had really good players as well – some of the best professionals I ever played with, even though a few of them were coming towards the end of their careers.

“We certainly never thought we’d be hammered and we felt that, if things went our way and maybe we got a break, we could win. Which is exactly what happened when I scored that gift goal.

“I had won the League Cup with Villa in 1977 but that went to two replays and finished at Old Trafford, so it wasn’t the same as winning at Wembley. That was a very special afternoon with Wolves.

“I’m staggered it is already 30 years ago and can tell you I’m having a quieter day today than I did then. By this time, I was absolutely soaked in champagne.”

Gray’s Sky TV duties and leisure pursuits take him on a familiar enviable round of commitments this week – Chelsea v Inter Milan in the Champions League, Cheltenham Festival for two days towards the end of the week and then the clash of two of his former clubs on Saturday. 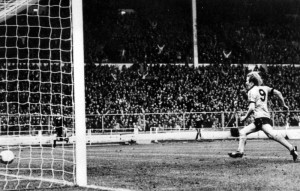 “I was delighted Wolves got that win at Burnley but do still fear for them because the position at the bottom of the table could change almost by the week now.

“That said, they try to play the game in the right way and knock it about. I’ve only seen them twice in the flesh so far but it would be lovely to see them stay up.”