Okay, we know the title is cheesy and has been used in decades past on the front of Wolves’ programme. But what better title for the new snippets column we are to periodically present on these pages?

Please feel free to send us any items you feel appropriate. Your feedback on a wide variety of www.wolvesheroes.com subjects is always welcome.

Kenny In The Short Haul Business 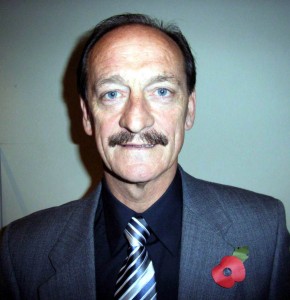 Kenny Hibbitt and his wife Jane have moved home as part of a family house swap.

They packed up and set up residence ‘just round the corner’ in the house previously occupied by their son Rod and his family.

The couple are still in the same small Gloucestershire village and sold their long-term property to Rod’s wife’s twin sister and her husband!

The Wolves All Stars match that was snowed off last month will now go ahead a week on Friday (April 9).

Mel Eves’s side face a People’s Plus/Minivator United team at Cradley Town’s Beeches View Avenue ground, with a 7.30pm kick-off and all proceeds going to the Haiti Earthquake Disaster Appeal.

JR On His Travels

John Richards has been on the road in more ways than one with Pitchcare.

Hot on the heels of the company’s move from Wolverhampton Science Park to Telford following a merger, JR was despatched to Plumpton to present the Sussex track with the 2009 Best Jumps Racecourse prize.

Pitchcare sponsor the annual Racecourse Groundstaff Awards and were also represented by their operations director at the Cheltenham Festival recently. 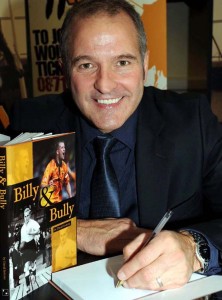 Bull And Mutch Play It Again!

Tickets are still available for the Steve Bull and Andy Mutch ‘Pure Gold’ night at The Raven pub, Quarry Bank on Thursday, April 8 (from 7.30pm).

Grateful To Be Alive

The younger brother of former Wolves utility man Les Wilson is recovering at home in Vancouver after being badly hurt in an off-shore accident.

Garry Wilson was swimming with his wife and daughter in Hawaii when he was swept on to rocks and left with injuries to his face, neck and back. “Garry will be viiting specialists over the next week but we’re all so thankful it wasn’t worse,” Les said.