Tale That Explodes The Cullis Myth! 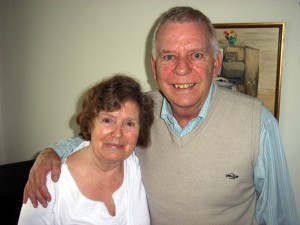 Bobby Mason has given an insight into football’s caring side – with memories that partially put to flight Stan Cullis’s reputation as the Iron Manager.

The Black Country-born inside-forward was away on club duty 50 years ago when his wife Shirley gave birth back home in Penn to the second of the couple’s three sons.

But that didn’t stop Cullis stepping in to keep an eye on proceedings after taking the almost unprecedented decision to miss a Wolves game.

“Stan saw our son Neil before I did,” the player recalls. “He was a pussy cat really, despite everything that has been said about him!

“We were playing at Newcastle early in 1960-61 and, knowing Shirley was about to give birth, he asked me on the Thursday if everything was okay and told me not to worry.

“Then, when we got to Wolverhampton Station to board the train the following morning, he wasn’t there. Joe Gardiner was in charge and did nothing to satisfy our curiosity.

“Stan didn’t make the trip to St James’s Park. We arrived back in Wolverhampton at midnight on the Saturday and there was always a line of taxis ready to take us home.

“I got back to our house in Buckingham Road, where Shirley had given birth, and Stan was there, saying: ‘You’ve got a beautiful little boy.’

“He never ever mentioned the episode again and we were left in the dark. I suppose he could have missed going to Newcastle in order to take in another match – or did he stay local because he wanted to make sure things were okay for us at home?”

Neil Antony was born at 8.45 on October 14, the night before Wolves thrillingly drew 4-4 at the ground where their triumphant FA Cup run had started the previous January. 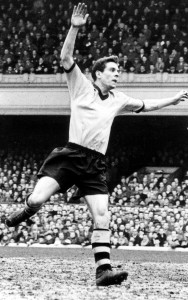 “What happened at times in the dressing room, I don’t know,” Shirley now recalls from the couple’s home in South Derbyshire. “But Stan was lovely and caring to us.

“Although I was drowsy and can’t recall how long he was there, he was very nice and quiet and just wanted to make sure we were both well.”

Mason, who is recovering well from a mild Christmas Day heart attack, played 173 Wolves games and scored 54 goals, making his debut in November, 1956, and leaving in the summer of 1962.