Success On Two Courses For Brazier 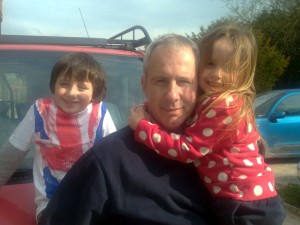 Colin Brazier got lucky in part-financing his participation in a golf trip staged by old football mates over Grand National weekend.

The former Wolves utility man is the most reluctant of gamblers but was persuaded to have a punt on Saturday’s big Aintree race and found himself cheering when Don’t Push It gave Tony McCoy his famous first win in the event.

“I was away in Southampton for a golf weekend that I spend each year with some former colleagues from Lincoln City,” Brazier said.

“My mates were having a bet on the race and I said I wasn’t bothered about joining in. But they were adamant I should have a go, so I told them to put my money on the number six.

“That is my favourite number, partly because of wearing that shirt at times during my career, and there was plenty of amusement when my horse came home first.

“My £55 winnings paid for the golf and came in handy alongside the bit of money I won when we competed on the course as well.”

The ‘Lincolnians,’ as the friends call themselves, have previously played at Tamworth or Lincoln, as well as in Hampshire, and include Andy Maddocks, a late-1970s youth-team player at Wolves who went on to do well at Tamworth.

Brazier treats himself to the annual weekend as a break from life at the Interior Kitchen Solutions company he and his wife Tracy run from their home in Rugeley.

He has included plumbing and selling jobs among his other post-football professions and we have a thank-you to say to him after he became the first former Wolves player to take out an advert on this website. 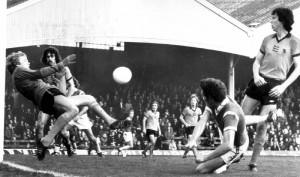 Brazier covers as Paul Bradshaw's goal comes under threat against Leicester in 1977.

We trust you will take a look by clicking on the appropriate icon on the right-hand side of this page.

“Inevitably, I meet people in my work who remember me from my football career,” he added.

“Not long ago, a couple of blokes came here asking if I was Colin Brazier and I thought I must owe them money. But they turned out to be autograph hunters who had me signing five or six books for them.”