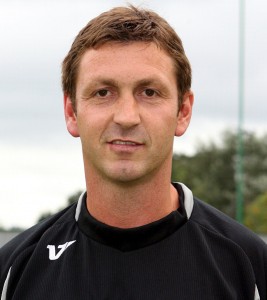 Back in his native south-east these days.

Despite leaving Molineux nearly a decade ago, Simon Osborn’s playing career is just about surviving.

The midfielder made 183 first-team appearances for Wolves but his stays at a long series of clubs since have been much briefer and he is also now co-running an air conditioning business.

After leaving the West Midlands, he had spells at Tranmere, Port Vale and Gillingham that preceded coaching work at Walsall while popular Sky Sports pundit Paul Merson was in charge.

A solitary appearance for Hereford followed before Osborn retreated to his native south to link up with Bromley in a management role and then his home-town club Croydon Athletic. He did more coaching work there and is now at Cray Wanderers.

The 38-year-old gained relevant experience in the Midlands, setting up and running after-school coaching in Brewood and Penkridge – a business he later sold to a friend.

“I haven’t played for much of this season but I’ve recently signed a new deal with Cray, so hopefully I’ll start playing regularly again,” he said.

“I run an air-conditioning business with my brother now but I’ll be free at the weekends due to this new deal – and that’s good.” 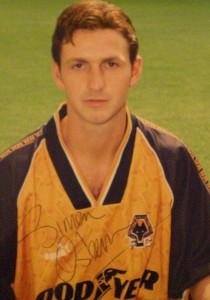 A signed photo of the midfielder from his Molineux days.

Osborn, a cultured play-maker, scored 12 League goals for Wolves and played his last game for them soon after the arrival of Dave Jones in 2001.

He still sees many of his old team-mates and adds: “I bump into lads like Don Goodman, Aidy Williams, Steve Bull, Neil Masters and Geoff Thomas, normally at charity events.

“I went to the Wolves game at Spurs earlier this season and Wolves were great. I know Matt Jarvis from my spell at Gillingham and they have had a terrific season.”

* James Fielden is a media student at Staffordshire University and runs a Wolves blog that can be found at http://wolvesffs.wordpress.com/