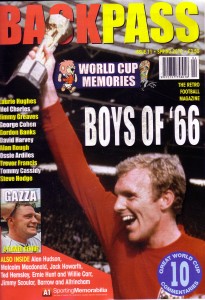 A magazine for heroes!

Issue 11 of the highly popular football nostalgia magazine Backpass has gone on sale and contains the usual generous helping of Wolverhampton Wanderers content.

And readers are in for a bonus because the latest offering is a bumper 76 pages – for no extra cost – so as to include a substantial World Cup section.

Wolves fans may, in particular, be drawn to articles about Steve Bull’s participation in the 1990 tournament in Italy and Les Wilson’s success in helping take Canada to their only appearance in the finals.

The former Molineux midfielder, still resident in Vancouver, was part of the coaching team who inspired ‘Les Rouges’ to qualify for Mexico before being installed as national head coach – a position he held for around a decade and a half.

Backpass also contains a long article about Ernie Hunt and Willie Carr and the sensational goal they cooked up in front of the Match of the Day cameras in 1970 – alas not for Wolves!

And we can promise that there will be a major piece in the mid-summer issue (due out in July) on a man who was a prolific goalscorer at Molineux in the 1970s. 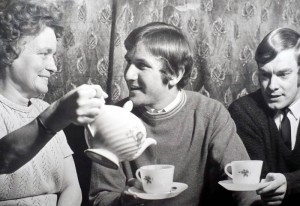 Les Wilson with his 1960s Wolverhampton landlady Mrs Darkes and her son Geoff.

Backpass is available at £3.50 from many branches of WH Smith and is due to be in Sainsbury’s for a week until May 15 and in Tesco for most of this month.

Alternatively, you can click on the icon on the right to see how you can order and, better still, become a subscriber.