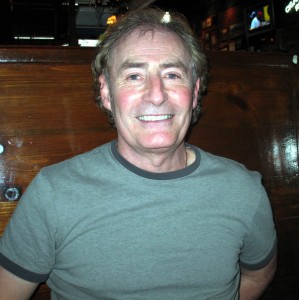 Jimmy Kelly Stateside at the age of 56.

It was Bill McGarry who played as big a part as anyone in paving the way for Jimmy Kelly to spend the best part of his life in the American state of Oregon.

The formidable Wolves manager called in the then 20-year-old winger to tell him he needed to become more big-headed and confident about his undoubted abilities.

And so Kelly spent the summer of 1975 playing alongside Peter Withe, Barry Powell, Don Gardner and Chris Dangerfield for Portland Timbers, quickly realising that Oregon’s largest city is one heck of a place. Some 30 years ago, the tricky little left-winger bade farewell to his English career to settle permanently in the Pacific North West.

It’s quite a hike from Aldergrove, Northern Ireland, where he first drew breath in 1954. “There was a church and a bar called Kelly’s (no relation) and that’s about it,” he says.

The family soon moved to Crumlin, about 20 miles from Belfast, and he added: “Football was the only thing to do. There was no picture house!”

He played at St Joseph’s Primary School and then the secondary St Aidan’s, where the lads themselves started the football programme, only the Gaelic version having previously been on offer.

“I was always a left-winger. Like someone once said of Steve Staunton, I had an educated left foot but the right one never went to school.”

Young Jimmy joined Glentoran but three months later switched to Cliftonville, where he stayed for a year and a half, featuring as a regular in the first team and getting into the Northern Ireland Youth side. Inevitably, he attracted scouts, in his case from clubs like Celtic and Chelsea.

“I had been to Plymouth when I was 14 but got homesick after three days,  did a George Best and went home again.”

He stuck the pace at Molineux, though, after signing professional forms in December, 1971. He soon became a fixture in the Central League side but did not have the same swagger or self-assuredness of other young players; hence McGarry’s determination that he should get some exposure in the USA.

“They were a great group of guys at Wolves,” he added. “I was close to some of the other Irish lads, like Maurice Daly and Sammy Wright. There were no real cliques. Sure, some of the players were very close friends – Kenny Hibbitt and Willie Carr were great pals, as were Steve Kindon and John Richards. But everyone felt they belonged.”

So, I wondered, as we chatted in a bar appropriately named Kell’s, how was it for a young left-winger to realise Dave Wagstaffe was in the way! “He was a hell of a player but there were others, too, like Steve Daley.”

Sooner than he expected, Jimmy got the call to the first team. “I came in on the Tuesday for training and Sammy Chung told me to get my suit because I was travelling with the first team to Sheffield United that day. I thought I was just going for the experience but, when we got there, I found out I was in the team. I didn’t see much of the ball.”

Wolves lost 1-0 at Bramall Lane a month before their League Cup final clash with Manchester City and it was more than two years before Kelly had a second bite of the cherry, ironically back at Sheffield United in March, 1976, after a loan spell at Wrexham.

“It went well, we won 4-1 and I had a couple of assists,” he added. “I remember it so well. I came back from the States with more confidence and it made a big difference. I had always been a bit negative. Perhaps it was coming from a little town. The lads from the big cities were cockier. I used to dwell on my mistakes whereas they would shake them off and get on with it. ”

I find it interesting when I interview players from that era how they respond to the question: “So how did you get on with Mr. McGarry?” The answers are always pretty guarded and Jimmy’s conservative reply was: “He was a hard person to get on with at times.”

There was no hesitation when I asked about Sammy Chung. “He was a great guy and made training fun. We would run up and down the South Bank and he would grin and say ‘You can’t go to the chemist and buy this!’” 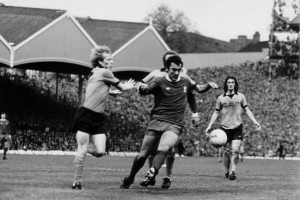 Watched by Kenny Hibbitt, Willie Carr and Mike Bailey challenge Ray Kennedy in the Wolves v Liverpool cliffhanger in 1976. In the distance on the left is Jimmy Kelly’s marker, Tommy Smith.

Kelly stayed in the team for all bar one game for the rest of the season and was in the no 11 shirt for that game at Molineux against Liverpool in which Wolves’ relegation fate was sealed and the Reds lifted the championship. Tommy Smith proved a predictably sizeable obstacle to the tricky winger.

“Three months later, when I was playing for Portland against the Tampa team that he was in, Tommy came running over to me before the game. Shoot, I thought, he’s going to thump me before we even start. But he stuck his hand out and shook my hand. ‘Sorry about that tackle at Wolves, Jimmy!’ he said.”

Was Smith the toughest opponent? “I think that was Pat Rice. I remember once at Highbury slipping the ball one side of him and going to the other. Bang! It was like hitting a brick wall. When Sammy Chung came running on, he was laughing, saying it was the funniest thing he had ever seen. ‘Where does it hurt, son?’ he said. ‘Everywhere,’ I answered.”

The Irishman barely got a look-in during the Second Division season that followed, although he again figured home and away against Sheffield United, but in 1977-78 made the last ten appearances of the 23 he totalled for the club before making the short move to Fellows Park.

“I signed for Walsall because I thought I was going to be playing for Dave Mackay,” he reflects. “But I quickly found out he was on his way to Kuwait. In the first week, I knew I had made a mistake going there.”

Kelly leapt at the chance when Vic Crowe urged him to return to Portland, where he played alongside the likes of Keith MacRae (Manchester City’s keeper against Wolves at Wembley in 1974), Clyde Best, John Platt, Clive Charles and Willie Donachie.

When his playing career wound down, he coached youngsters before going into the plastics business.

“As a lad, I had been in a training centre in Belfast learning relevant skills – it was in a part of the city where bullets would be hitting the school walls while we studied!” he added. But his learning was put to good use.

Since 1996, he has run his own company, Waterford Plastics in Oregon, making displays for hospitals and holders for beef jerky! And he still looks back nostalgically to his formative years in Wolverhampton.

“It’s strange, you know. When I watch the Wolves on television now, these random memories crop up. Like how Jack Dowen would tell Steve Daley off every day. Like how the Scottish and Irish lads would play the English at five-a-side and how one day I nutmegged Eddie Gould – something  he didn’t take too kindly to! I don’t remember much about the next few minutes! 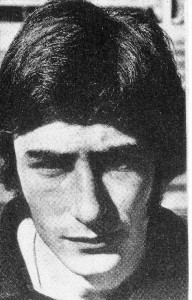 “Danny Hegan was different. He would say he was going to nutmeg you and then do exactly that.

“I once went on a Sweden tour pre-season because Steve Daley had had his appendix out. When we got back to the hotel one day, there was Derek Dougan sitting quietly with his glasses on, reading the newspaper. I remembered thinking: ‘Shoot, is that what happens when you get old?’

“Jimmy McCalliog opened a gas (petrol) station and, another time, Maurice Daly and I were walking around the Mander Centre, him with a toy panda that was bigger than him and me walking alongside with a stick warning people to keep back. We bumped into another Wolves player, who sighed: ‘It could only be you Irish lads’. Ah, happy days…..”