Moore and Greaves – The Broken Hearted 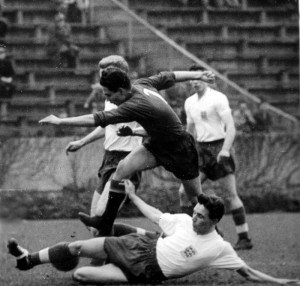 Nine days ago, we told the story of how Les Cocker became a trend setter by leaving Wolves and Wolverhampton behind in search of a new football life in South Africa.

In this promised follow-up, the accent switches to how the former Molineux hopeful not only lined up as a team-mate of Bobby Moore in England’s youth team but also broke his heart as an opponent – and in the same summer that he had the last laugh on Jimmy Greaves.

“A lot of people remember that Jimmy was playing and regularly scoring for the Chelsea side who we beat in the FA Youth Cup final in 1958,” Cocker says.

“He was their star man and I remember he was in tears when we went up to receive the cup and our medals at Molineux.

“He had dominated the first leg and Stan Cullis gave us a rollicking over how we’d played when we lost 5-1 down there.

“But the manager was away on a first-team tour when we played the second leg and it was as if we were being punished. None of our kit had been put out and we had to go rummaging for it in the whicker baskets.

“Maybe he had told the staff not to molly-coddle us. He probably had a right shock when he heard Ted Farmer had scored all those goals and we won 6-1 in the return.”

What is not so well known is that Cocker, who had scored away to Aston Villa and Stoke in a victorious Youth Cup run in which Wolves played no fewer than 12 matches, was celebrating again later that summer.

Having gone with the club to a youth tournament in Germany and scored five goals in four games from wing-half, he skippered Staffordshire against London in the final of the FA County Youth Cup. 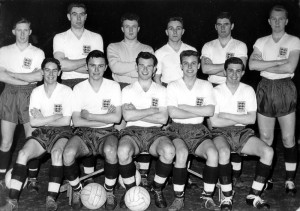 Bobby Moore is on the far right of the back row on this England Youths photo. Two along to the left is Les Cocker, with Wolves' Brian Perry on the far left of the same row.

“This time it was Bobby Moore who was in tears,” he added. “He was playing for London, so was Barry Bridges, but we beat them 8-0 over two legs – first at QPR and then at Walsall.

“I then played a lot of games with Bobby in the England youth team and remember turning up for my debut and finding a good-luck telegram from Billy Wright on my peg.

“I wasn’t the only Wolves player in that side, though. Brian Perry, who had scored in the final against Chelsea, was also part of it.”