World Cup A Big Deal For The Goulds

All Eyes On Kiwi Progress 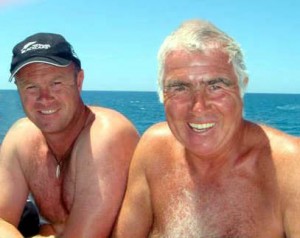 New Zealand’s historic imprint on the 2010 World Cup is impacting on the other side of the globe on the son of a former Wolves star.

Bobby Gould’s son Jonathan is holding the fort at Wellington Phoenix for as long as his club boss, the former Molineux defender Ricki Herbert, is otherwise occupied in South Africa as the Kiwis’ national manager.

Gould Jnr has a pedigree of his own in international football, not only as an ex-Scotland keeper but also having gone as no 2 with New Zealand to the Beijing Olympics and recently helped Herbert at a pre-tournament squad get-together in Auckland.

“Jon is the assistant at Wellington and is needed back there to look after the squad,” Bobby told us.

“Quite a few of the Wellington players are in the Kiwi party and the New Zealand season doesn’t start until August.

“But the chairman wasn’t happy about them both being out in South Africa at the same time.”

Herbert’s side will be in good spirits after the draw in Rustenburg against Slovakia on Tuesday – a result he described as his country’s best ever.

It was the first point they have taken in a World Cup finals, having lost all three of their group matches in Spain in 1982 in their only previous appearance in the tournament.

They now prepare to face Italy tomorrow, only too aware of what the benefits back home could be of another good result or two in Group F.

Gould has spent the last few years Down Under, where he is well known to former Wolves utility men Neil Emblen and Darren Bazeley.

Ironically, he could have played for South Africa as his grandfather George, dad to Bobby’s wife Marge, came from Durban. 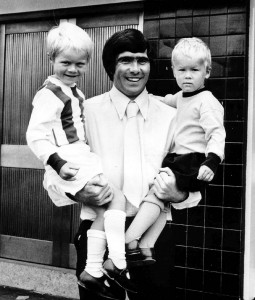 Gould Snr, a prolific striker with Wolves and Albion, dressed Jonathan in Baggies colours and brother Richard in the famous gold and black for this 1972-73 photo.

Instead, he played two senior games for Scotland due to another grandfatherly connection and his parents travelled to the 1998 World Cup finals in France, where he was part of Craig Brown’s squad.

Bobby is contemplating a family visit to Wellington next month after finishing the extensive World Cup work he is doing in London for TalkSport.

He has also coached in recent years in New Zealand – when Jonathan was with another top-flight club, Hawke’s Bay.