Another Cartwright On The Way Up 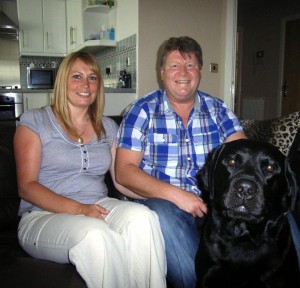 Ian Cartwright is hoping that his memory at Wolves will live on in the form of his 12-year-old son Daniel.

The former Molineux midfielder has lived for the last five years with terminal cancer but is proud that the youngest of his two lads is now wearing the famous gold and black.

He recently went to Portugal to watch him in an under-13 tournament featuring youngsters from the likes of Tottenham, Athletico Madrid, Sporting Lisbon and Stuttgart and is looking forward to the start of the new season at the club at both senior and age-group level.

“Daniel isn’t as quick as me but he wins everything in the air as a centre-half and is going to be a big lad,” ‘Iggy’ said.

“He has been at Wolves since he was eight and is used to facing lads from Liverpool, Everton and the rest…..it’s a lot different than when I was coming through.”

Cartwright Snr knew what it was to be in demand, having had Arsenal, Leeds, Birmingham and Albion, among others, on his trail before he plumped for his first football love, Wolves.

The 45-year-old made his debut at just 18 in a 4-3 win at Crystal Palace in November, 1982, scored on his home debut against Middlesbrough a week later and totalled 61 League and cup appearances for the club.

Contrary to some reports, he didn’t drift from Molineux into non-League football. His playing career ended there.

“I was caught by a bad tackle against Portsmouth in a friendly at Castlecroft in the summer of 1985,” he added. “My ankle was broken and I had damaged ligaments.

“I tried to get back and played more than a dozen games the following season but it wasn’t right, so I retired there and then – just before Steve Bull came in. I didn’t play anywhere else.”

Having graduated from the same Crestwood Colts side as Ian Painter, Cartwright became a prison officer at Wormwood Scrubs and then Winson Green.

But both of those setbacks, sizeable as they are, pale into insignificance against the one he is now dealing with on a daily basis.

“I was diagnosed with cancer in my kidney and it spread to my back,” he added.

“I can’t work now and I’m a bit bloated from the steroids but people see me and say I look okay.

“It is terminal, although it was five years ago when the doctors told me that, so I do everything I can – and enjoyed going over to Porto recently. 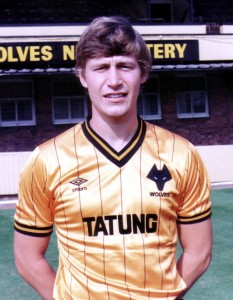 A playing-career shot from the 'Tatung' era.

“Derek Dougan put a do on for me at the Connaught, Steve Daley helped fix the dinner up at Goodyear two or three years ago, Robert Plant donated a signed guitar to be auctioned off and Andy Gray sent me a cheque for £3,000.

“We miss the barn but we live in a nice apartment near the Merry Hill Centre and I’m very grateful for everything people have done for me.”