How McGarry Boobed Over JR

‘He Won’t Play In My First Team’ 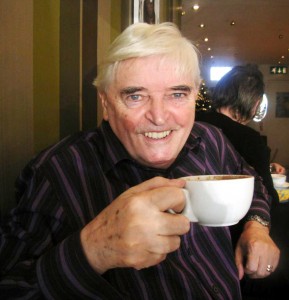 Tony Penman - a man to whom the city of Wolverhampton owes quite a favour.

John Richards has previously gone on record to say that his single ambition when signing as a youngster at Molineux was to play just one game in Wolves’ first team.

Well, Wolves Heroes can now reveal that that is one game more than his boss Bill McGarry expected him to play!

So underwhelmed was the manager with what he saw in the early months that he anticipated packing the teenager back off to Warrington or looking for a new club for him in the lower divisions.

The eye-opening disclosures come from Tony Penman, the scout who spotted the young Richards more than four decades ago and who still lives on the edge of Wolverhampton in his retirement.

“I was heavily involved in schools football and our county side used to play the Wolves youth team every year at Castlecroft,” Penman said.

“At the one match, I was having a cup of tea with McGarry and I suggested that he must be quite pleased with John, who had scored five goals in the reserves against Blackburn shortly before.

“He surprised me by saying: ‘He will never play in the first team here.’

“John had come into the game late after staying on at grammar school into the sixth form and Bill thought he had missed out on the right grounding.

“Fortunately, though, he changed his tune as time went on and realised he had made a mistake in thinking that.” 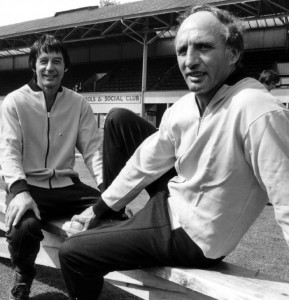 Penman added: “Bill was always reluctant to take lads from school and pitch them in too high. It cost us once when my eye was caught by an exceptional lad in the Durham side who played against Staffordshire in the under-18 festival at Bognor Regis.

“It was a centre-forward called Keith Dyson who Bill said he would take a look at – but only in the third team.

“I said Keith wouldn’t come all the way down from the north-east to play at that level; couldn’t he be given a game in the reserves?

“He wasn’t and Keith went on to Newcastle, where he was playing in the Inter Cities Fairs Cup final a couple of years later.”

So was there a danger Richards might also have slipped through the net before embarking on a Molineux career that brought him a then club record 194 League and cup goals?

“John was playing for Lancashire in the same tournament at Skegness a year or two after I saw Dyson and he was head and shoulders above anything else on the pitch,” Penman added.

“I remember asking him afterwards if he’d like to come to Wolves for a look round and he said: ‘I think you’ve got the wrong player. I usually play in the Lancashire B team.’

“It turned out that he was only playing because the first-choice centre-forward was injured – and that was probably my big stroke of luck.

“I don’t recall there being other scouts around. They would probably have monitored Lancashire’s A team for months, convinced themselves they knew exactly what was on offer there and gone elsewhere to watch that day.

“John came in under the radar and I remember going into Joe Gardiner’s office at Molineux and saying this kid was good.

“Bill was not happy about playing a schoolboy at the expense of someone who was on the staff but I reminded him about the Dyson incident, so he grudgingly said he could play in the reserves alongside lads like Jimmy Seal, Bertie Lutton and Dave Woodfield against Derby the night before the FA Cup final.

“The reserve team manager was Dave MacLaren, who let it slip to the Derby people that John was on trial, so they became interested in speaking to him as well after seeing him impress.

“But Joe Gardiner and I went to John’s house in Warrington on the Sunday. He was going to go to Chester to train as a teacher but we persisted and he agreed to come to Wolves. We picked him up at his parents’ home and brought him down here.

“Bill asked whether he was worth the trouble and, after I said yes, it was a done deal in no time, although he didn’t rate him until quite late.

“It was unusual for lads to come into the game from this route. They were normally in the system several years earlier, although I remember Steve Heighway and David Nish doing the same as John.

“The lads who most caught the eye at the festival would play trial matches against club youth teams and I think John played against Leeds and Nottingham Forest at Skegness before being named for England Schoolboys. Mel Eves went through a similar process a few years later.

“John made his international debut at Reading against Wales when Roy Bentley was his manager but he was safely tied up with Wolves then and we are thrilled at what he went on to achieve at the club.”

One other prominent player Penman recalls spotting, to no avail, was Alec Lindsay, the left-back who joined Liverpool after impressing him while in Bury’s side.