A Foot In Both Camps

Unusual Tale Of The Cutler Clan 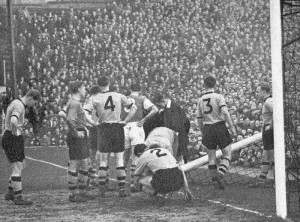 Reg Cutler is treated after the freakish incident which broke the Molineux goal post 53 years ago.

Reg Cutler’s part in the rich Wolverhampton Wanderers story didn’t end with the unwelcome role he played in one of Molineux’s more notorious FA Cup afternoons.

The man who scored the only goal of Third Division (South) Bournemouth’s giant-killing fourth-round conquest at the ground in 1957 and then brought the post crashing down subsequently did much to help the club as well.

For a start, he fathered a lad who spent four years on the Molineux books and who recalls a household full of Wolves talk when he was growing up.

“Mom and Dad provided digs for a lot of players when they lived in Penn……I could almost list a team from the lads we had living with us at different times,” says son Gary.

“Martin Patching was there for a couple of years and I remember travelling in the car with him on the day he made his Wolves debut.

“It was great for me as a Wolves fan but I wouldn’t say I was in awe of them. It was just a way of life I was used to.”

This is a story that straddles both sides of the Black Country divide because Reg, now 75 and living near Kidderminster, was an Albion fan who played a few Baggies first-team games after joining them straight from school.

But Molineux was the pull for Gary and, having played in the club’s youth team at 15, he signed as an apprentice in 1978.

A contemporary of the likes of Matthews, Humphrey, Mick Hollifield, Bob Coy and Craig Moss, he recalls facing Mark Hateley in an FA Youth Cup defeat against Coventry and speaks fondly of the impression Ian Ross’ coaching and motivation had on the group. 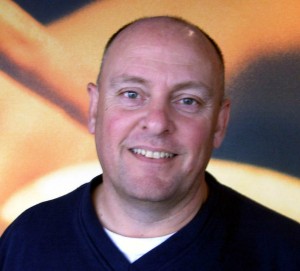 Gary Cutler on his current visit back to Wolverhampton.

“I was used mainly as a full-back, although I had a few games in midfield as well,” Gary added.

“I played more than 20 times in the reserves but never got near the first team. I wasn’t quite good enough. I could pass the ball but lacked that bit of pace for League football.

“Having a cartilage injury didn’t help but I enjoyed my time at the club until John Barnwell released me at the end of my contract.”

No sympathy is required. Gary regards his departure from Molineux as a blessing in disguise because he was soon whisked off by Frank Munro, no less, to a fulfilling new life.

Opting against signing for Bruce Rioch at Torquay, he went Down Under instead on a two-year contract with Albion Rovers, where Munro was coaching.

He quickly learned that the football was nothing like good enough to sustain his hopes of a career in the game, so he took on a job that combined reporting with selling adverts and worked in newspapers until the end of his playing career, several other Melbourne clubs later, at 29.

Along the way, he met an Australian girl with whom he has two children and is now about to celebrate 25 years’ marriage.

“I did come back with my wife and the first of our kids and had a job at the Evening Mail in Birmingham for a couple of years in the mid-1990s,” he added. ” But I couldn’t really settle.

“I returned to Australia and was offered a three-year contract as the general manager of a TV station in Cairns up in Northern Queensland.

“Then a friend and myself set up an advertising agency in the town and we’ve been rolling along okay for eight or nine years. We now have a staff of eight.”

Gary contacted Wolves Heroes by email from afar some 18 months ago but sadly it was in Wolverhampton city centre rather than on the Barrier Reef that we finally met over coffee!  And this time it is very much just a holiday visit to see family and friends – not a case of him feeling unsettled.

“A lot of former Wolves players seem to have gone to Australia over the years and the trail that led me there is interesting,” he said.

“Dave MacLaren (the mid-1960s Molineux keeper) took Frank Munro, who took me and I ended up taking Brian Garvey. 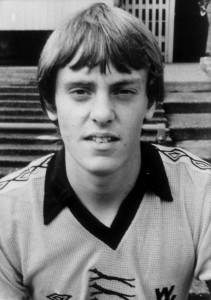 “Brian was a coach at Wolves when I was there and is another to have stayed with my mom and dad.

“I didn’t know he was going to be over from Australia now at the same time as me and we’ve been able to meet up for the first time in more than three years – and go together to visit Frank.”

* Reg Cutler went on to serve Portsmouth and Stockport after his time with Albion and Bournemouth. He and his wife were running the now-demolished Yew Tree in Blackheath, when Gary was born in the pub.